In not unexpected news, the National Shooting Sports Foundation is reporting that the NSSF-adjusted National Instant Criminal Background Check System total hit an all-time high in November 2012. This follows on the heels of the announcement that Black Friday was also a record breaker. The previous high had been December 2011.

This marks the 30th straight month in which the NICS checks have surpassed the number in the same month of the prior year. You can see this trend in the NSSF chart below of adjusted NICS checks for the past 12 months. 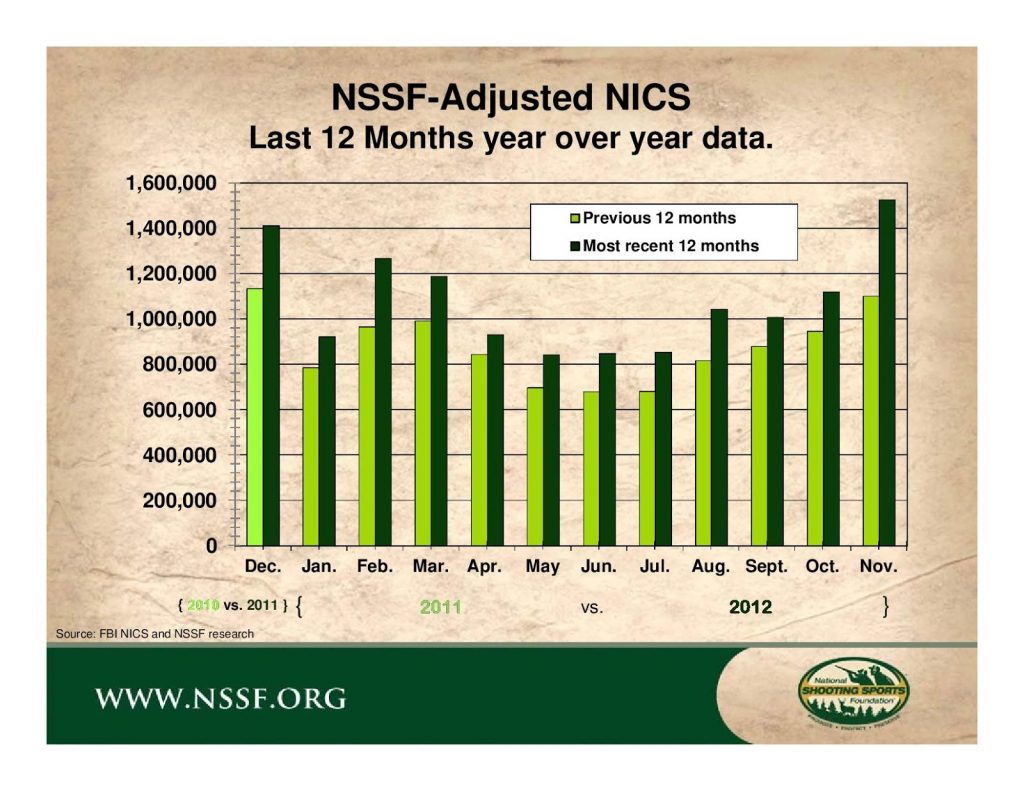 If you want to see the impact of the election and re-election of Barack Obama has played on these numbers, examine the chart below.  November 2008 and November 2012 are significantly higher than the other months of November since the year 2000. 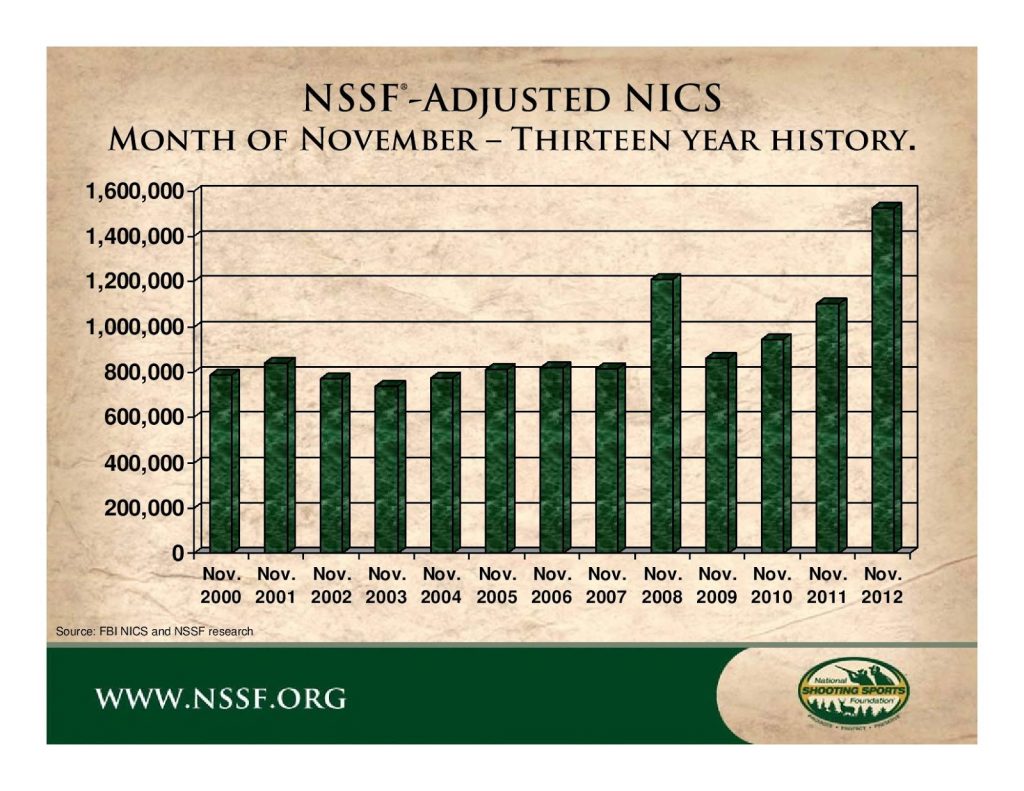 It should be remembered that these NICS checks do not have a direct correlation with sales though they are indicative of sales trends. States such as Kentucky, Iowa, and Michigan use the NICS checks for background checks on those applying for concealed carry permits as well as to check on active CCW holders. Furthermore, as readers pointed out on my Black Friday sales post, in many states including North Carolina holders of concealed carry permits are exempted from the NICS background check.

One thought on “November NICS Checks Set All Time Record”