Jimmy Kimmel Live last night was supposed to feature the British singer Morrissey and the Robertson family from the A&E Show Duck Dynasty.  However, when Morrissey, a vegetarian and “animal rights activist”, found out the Robertsons were sharing the limelight with him, he issued an ultimatum – them or me.

“As far as my reputation is concerned, I can’t take the risk of being on
a show alongside people who, in effect, amount to animal serial
killers,” Morrissey said in a statement. “If Jimmy cannot dump ‘Duck
Dynasty’ then we must step away.”

Oh, the horror of having to appear alongside those uncouth colonialists who actually kill their own meat.

As an aside, Willie Robertson, Jr, CEO of Duck Commander, is on the ballot for the NRA Board of Directors. He is one of 28 that has been nominated by the Nominating Committee. 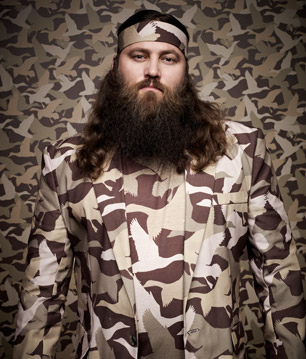 UPDATE: Cancelling at the last minute doesn’t go over too well with late night talk shows. Jimmy Kimmel takes Morrissey to task and explains why he wasn’t about the disinvite the Duck Dynasty folks.