If a kinda short balding guy with a wispy moustache who looks like the guy in the picture below tries to sell you a used Sig M400 for a good price and you aren’t a resident of Arizona, you might want to ask for some identification. If the name is Mark Kelly, you better run because it is a set-up. 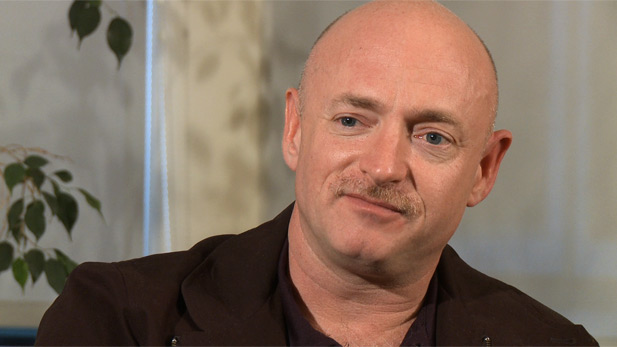 As has been reported many times and many places, Mark Kelly, husband of Gabby Giffords and born again gun control advocate, recently purchased a used Sig M400 AR-15 clone from a Tucson gun shop. He bought it when he didn’t think anyone was looking. Once held up to public scrutiny, his alibi became he bought it to show how easy it was to purchase and that he was going to turn it in to the Tucson Police Department.

Now it seems, if his comments in the video below are to be believed, he is going to try to sell the AR-15 to someone across state lines in a private sale. However, that would be illegal under 18 USC Section 922(a)(5). That section of the law which is part of the Gun Control Act of 1968 states that it is unlawful:

In other words, unless you are a dealer you can’t sell a firearm to someone who resides in another state. To be legal, the sale has to go through an FFL who will log the firearm into his bound book, a Form 4473 is filled out, the NICS check is run, and then and only then, can the firearm be transferred. The statutory maximum for violating 18 USC 922(a)(5) is 5 years.

Moreover, willful receipt of a firearm from an unlicensed person such as Mr. Kelly from out of state is a violation of 18 USC 922(a)(3) which also carries up to 5 years of imprisonment.

So the bottom line is if you are not a resident of Arizona and Mark Kelly tries to sell you any firearm, run! It’s a trap and TV cameras will be nearby.