A group of anti-NRA protesters has gathered in the park across from George Brown Convention Center. Unlike some proposed protests in the past, it has actually come to be.

I’ll have pictures up of all 5 or 6 of them up later today along with the larger number of press taking pictures of them.

I will say that they are being ignored by most people attending the convention.

UPDATE: The number of protesters has multiplied to about 15. There are still as many press and onlookers as there are protesters. 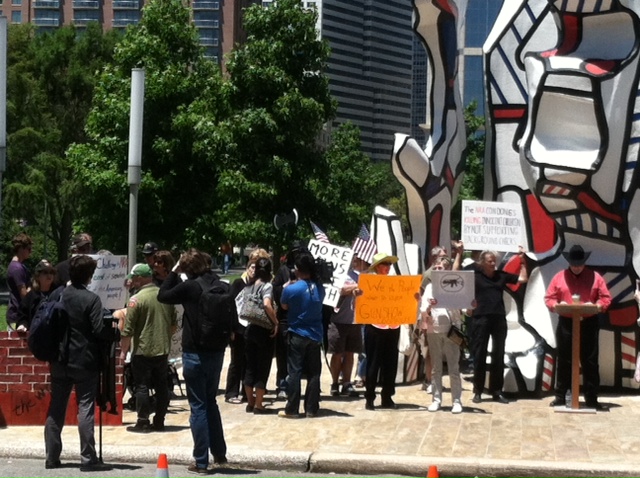 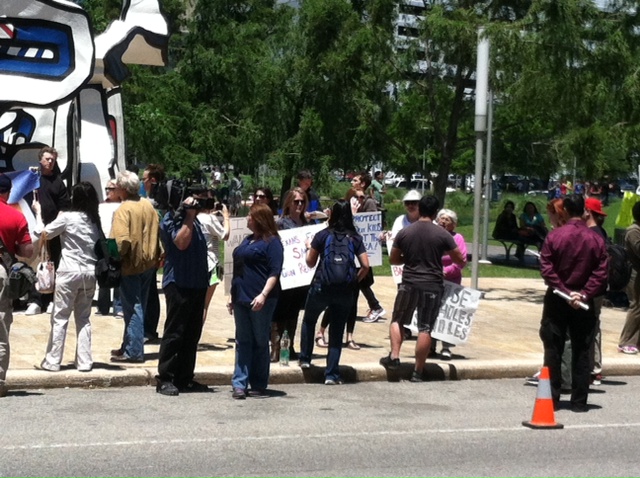 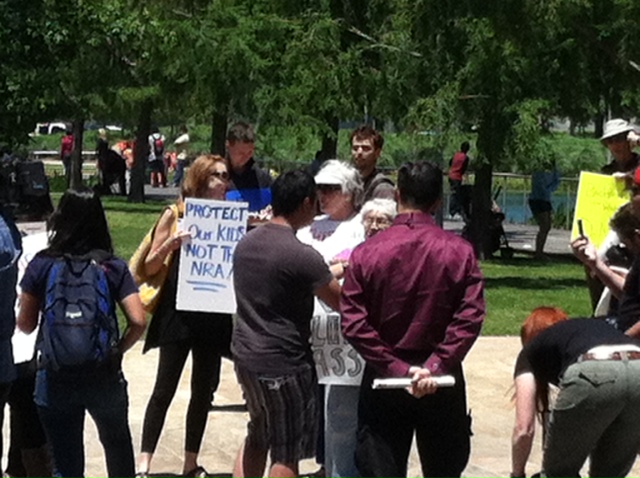 Of course the purpose of this protest isn’t to engage in a discussion with the average NRA member or even the general public. The purposes is to get media attention and it seems that Bloomberg News is attempting to give them that with an article entitled, “Gun Violence Victims Add Emotional Edge to NRA Pep Rally.”

Erica Lafferty is in a place she never thought she’d be: the National Rifle Association’s annual conference in Houston.

As the nation’s biggest gun lobby gathers inside a convention center to celebrate the defeat of a federal push to expand background checks, the 27-year-old Connecticut resident is at a park across the street. Protesters, some with wavering voices, are quietly reading the names of victims of gun violence, including the 26 killed at Sandy Hook Elementary School on Dec. 14.

2 thoughts on ““Large” Group Of Protesters”