Rep. Mike McIntyre (D-NC) is one of the few remaining Blue Dog Democrats in the House of Representatives. He was A-rated and endorsed by the NRA-PVF in the 2012 general election. He defeated State Senator David Rouzer by a mere 654 votes to win re-election. There is no way to tell for sure but the NRA-PVF endorsement might just have been the edge McIntyre needed to squeak by in his conservative district in southeast NC.

The picture below was tweeted by K. Meera Bhardwaj of Carrboro, North Carolina on Thursday. Her LinkedIn profile identifies her as the Regional Organizing Director for Mayor Bloomberg’s Illegal Mayors. From my experience living in the Chapel Hill-Carrboro area, Carrboro is where those who are even too far Left for liberal Chapel Hill live. Things may have changed since I lived down in the Triangle but I doubt it. 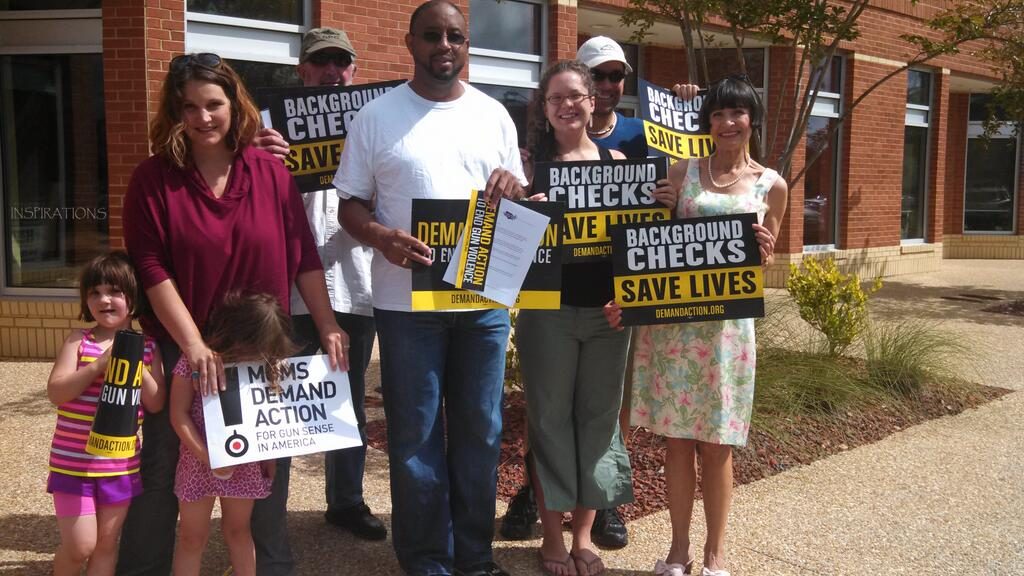 All I can say is that I hope Mayor Bloomberg’s Illegal Mayors continues hiring organizers who have no clue about the area in which they are sent to work. Contrast this with the intimate knowledge that people like ISRA’s Richard Pearson and the NRA’s Todd Vandermyde brought to the battle for concealed carry in Illinois. Or, if we want to talk about North Carolina, that Grass Roots North Carolina and Paul Valone have brought to the battle for gun rights in this state.

3 thoughts on “I’m Sure This Will Work Well….Or Not”