I know the thought of Barack and Michelle going on safari in Tanzania conjures up confusing images. It does for me. I just can’t see the anti-gun metrosexual president stalking a lion or shooting a charging Cape Buffalo with his Holland and Holland or Westley Richards double rifle in .500 Nitro Express while being urged on by both Michelle and his professional hunter.

According to the Washington Post, the White House decided to cancel the safari part of his African trip due to “costs”. Those costs would include snipers to kill any lion or cheetah that got too close to the First Family.

The president and first lady had also planned to take a Tanzanian safari as part of the trip, which would have required the president’s special counterassault team to carry sniper rifles with high-caliber rounds that could neutralize cheetahs, lions or other animals if they became a threat, according to the planning document.

But officials said Thursday that the safari had been canceled in favor of a trip to Robben Island off the coast of Cape Town, South Africa, where Nelson Mandela was held as a political prisoner.

“We do not have a limitless supply of assets to support presidential missions, and we prioritized a visit to Robben Island over a two-hour safari in Tanzania,” said spokesman Josh Earnest. “Unfortunately, we couldn’t do both.”

Internal administration documents circulated in April show that the Obama family was scheduled to go to both Robben Island and the safari park, according to a person familiar with the plans.

I’m sure President Theodore Roosevelt is spinning in his grave. After all, when he went on safari it was for more that two hours and, by God, he carried his own rifle which was a Winchester 1895 in .405 Winchester. 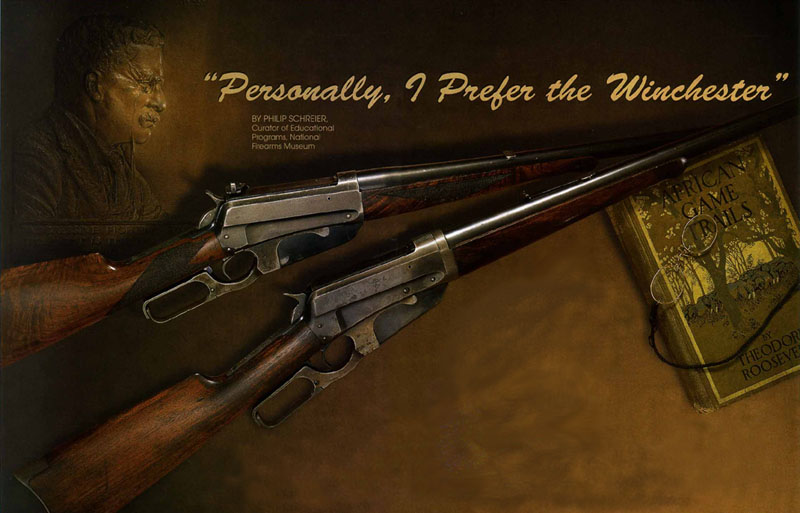