Need a new Smith & Wesson revolver? Here is one for sale at auction. 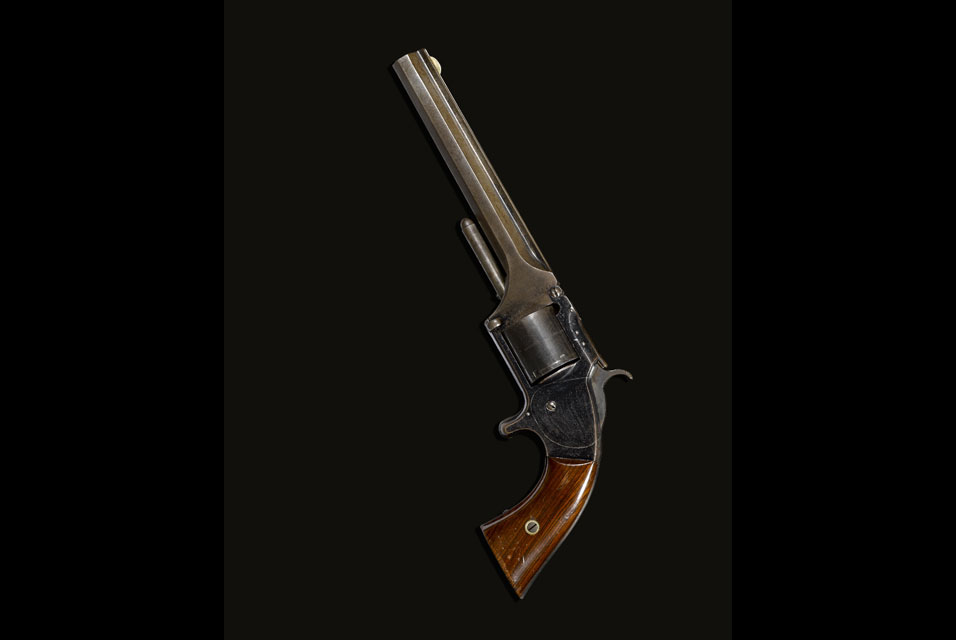 This is not just any Smith & Wesson Revolver. It is No. 2 Old Model Army revolver owned by Wild Bill Hickok and carried by him when he was slain in Deadwood, SD. According to the auction company, Bonham’s, the provenance is proven and the revolver is expected to fetch somewhere between $300,000 and $500,00.

An appeals court in Florida has determined that the state’s stand your ground applies to middle school students in Florida. The case involved a male student in Broward County who had been attacked on a school bus by a female student, defended himself, and ended up charged with battery. The school bus driver corroborated the student’s story as being the one attacked. The  4th District Court of Appeals ruled that:

“In this case, T.P. (the male student) had the right to assert a defense under Stand Your Ground. He was not engaged in an unlawful activity, and he had the right to be on the bus going home from school. He had no duty to retreat and, despite the trial court’s misgivings, had the right to ‘meet force with force.’”

There is no word yet if the Reverends Jackson and Sharpton plan demonstrations nor has there been any comment from Attorney General Eric Holder that DOJ is looking at the case for violations of civil rights.

If you want to get a concealed carry permit in Maine, you better be prepared to wait. There is a 5 month delay in processing the requisite background checks. The Maine State Police are supposed to permit applications for those who have resided in the state for over 5 years within 30 days. It has gotten so bad that the legislature is planning hearings to discuss the matter.

The DoD’s Defense Advanced Research Projects Agency is working on a nanotechnology  that can destroy guns.

The technological system, known as a micro-electromechanical system (MEMS), utilizes tiny devices that are implanted in guns and other weapons. These devices are more than chips; they are actual mechanical processes created by precision engineering that can affect the weapon’s operations. Media reports reveal the devices include miniature GPS systems designed to make guns easier to track and self-destruct systems that could cause them to explode if they receive a wireless signal.

MEMS is intended for weapons given to groups like the Syrian rebels in their fight against the Assad regime. That said, I’m sure the gun prohibitionists are studying this very closely.

Smith and Wesson employees pack Massachusetts hearing on proposed gun laws held by the Massachusetts Legislature’s Joint Committee on Public Safety and Homeland Security. You have to wonder if they will be listened to any more attentively than the Connecticut Legislature listened to the employees of Colt, Stag, Mossberg, and Ruger. While one would hope so, I’m not holding my breath.

2 thoughts on “Clearing Out Some Tabs”