I saw two auctions recently that had me wondering how I could rig the PowerBall lottery so as to be the big winner.


The first auction was covered by Wired and features a 1976 Hawker Siddeley Harrier GR Mk3 jump jet. The jet, which saw service with the RAF in the Balkans and the Falkland War, comes with a Rolls Royce Pegasus Mk103 engine and its original ejection seat. It is missing some of its avionics but the auctioneer says that it could be made flyable rather easily (if you had the money).

The second auction features Jacques M. Littlefield Collection of armored vehicles including tanks, armored cars, personnel carriers, and a SCUD missile launcher (with missile). There are over 200 lots in this auction.

The include a South African Eland wheeled armored vehicle with a 90mm main gun. 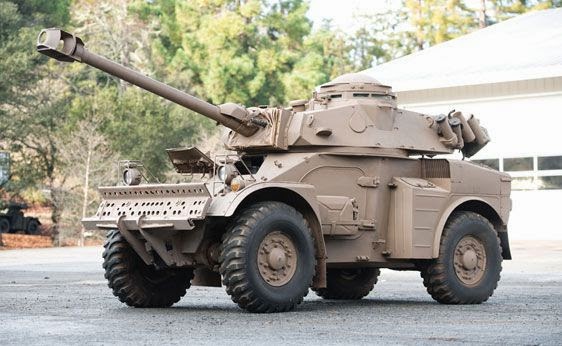 If the Eland with a top speed of 53 mph is too slow for you, then how about a British FV721 Fox Armored Car with a 65 mph top speed. In exchange for speed, you do have to give up some firepower. You are trading the 90mm main gun for a 30mm Rarden cannon. 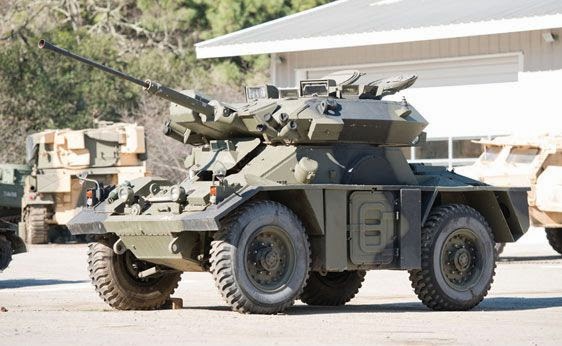 Now the question remains, would you chase after the Eland and Fox with the Harrier or would you use the Staghound shown below? I’m thinking the Harrier might be the better bet. 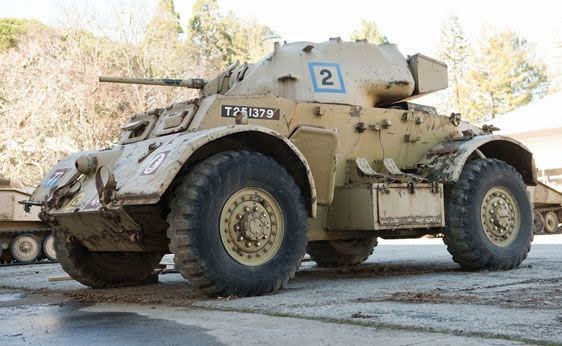 7 thoughts on “Do You Use A Harrier Or A Staghound For Fox And Eland?”