Americans for Responsible Solutions (sic) has just dropped $330,168 into the US Senate race in North Carolina on behalf of Kay Hagan. The money is going towards Internet ads pushing Kay Hagan from an agency called Revolution Messaging. They bill themselves as a digital ad agency for progressive causes and their client list reads like a who’s who of the left.

A couple of examples of their work are below. 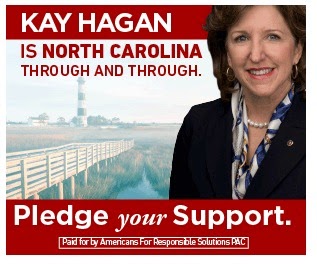 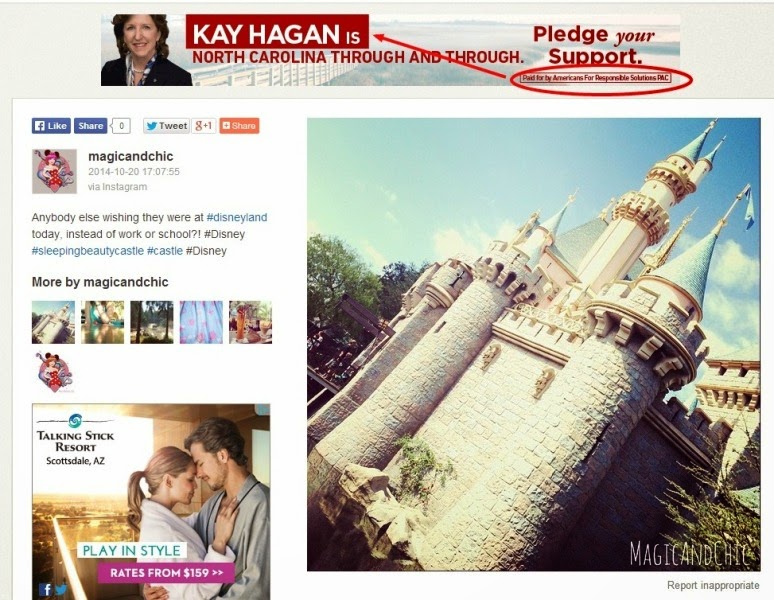 The ads, which appear targeted towards either women or young voters, link to a site called Commonsense Voter that captures your name and email along with your promise to vote early.

As to Kay Hagan being North Carolina through and through, give me a break. She may have been born in Shelby but she grew up in Lakeland, Florida where her dad was the mayor. Even when she first ran for office in 1998, she called upon her uncle for help. Her uncle was former US Senator and Florida Governor Lawton Chiles.

UPDATE: I came across another of these ads in the most unusual of place. It was Sharyl Attkisson’s new webpage involving a discussion of the 1,323 page list of the documents being withheld by Obama in the Operation Fast and Furious scandal.

One thought on “Gabby Does North Carolina”