There is a new Twitter hashtag that is gaining currency thanks to the thin skins of the gun prohibitionists. It is #ImBlockedByShannonWatts. It got started after Shannon Watts tweeted that she was blocked by the National Rifle Association. You can see one of the many retweets of it below.

Blocked by the @NRA – one of the country’s largest lobbying orgs scared of @MomsDemand and #gunsense pic.twitter.com/cDEBpRruwX
— Shannon (@shannonrwatts) December 27, 2014

It turns out that Shannon Watts and her fellow gun prohibitionists are not so pristine when it comes to blocking opponents. Over the past few years, I found myself blocked first by the Coalition to Stop Gun Violence (sic) and then by Sarah Brady as you can see below. 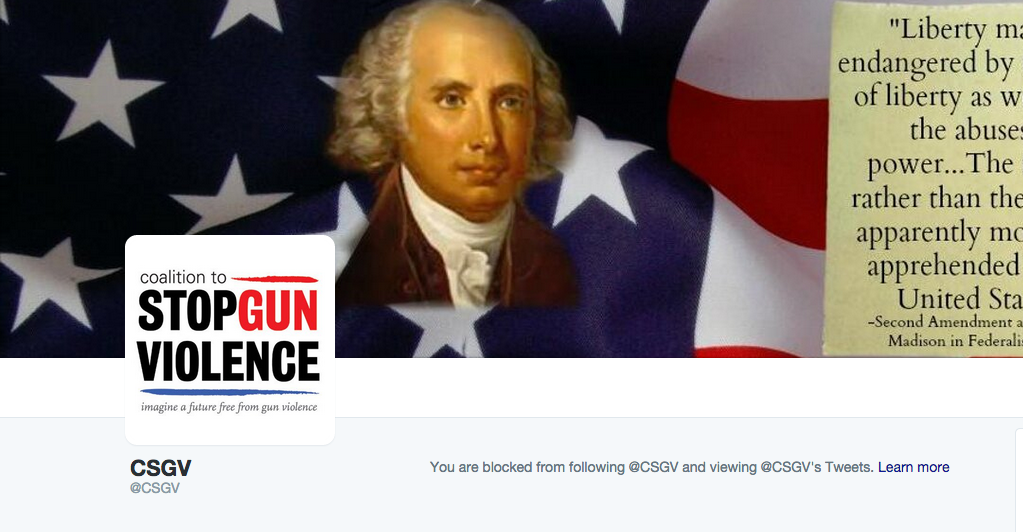 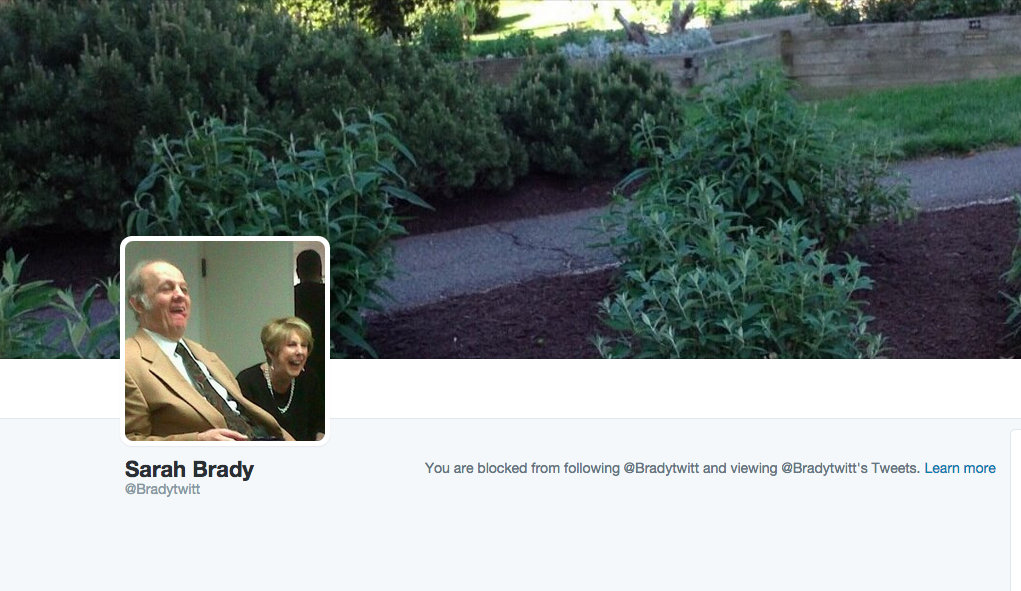 I had been following Shannon Watts for a number of months now. It helps to keep an eye on the opposition and she (or some minion) seems to be quite active on Twitter. After seeing the #ImBlockedByShannonWatts hashtag on a tweet by Bob Owens of Bearing Arms, I got curious. Lo and behold I have made the esteemed company of those blocked by Shannon Watts! As a mere blogger I find this extremely gratifying. 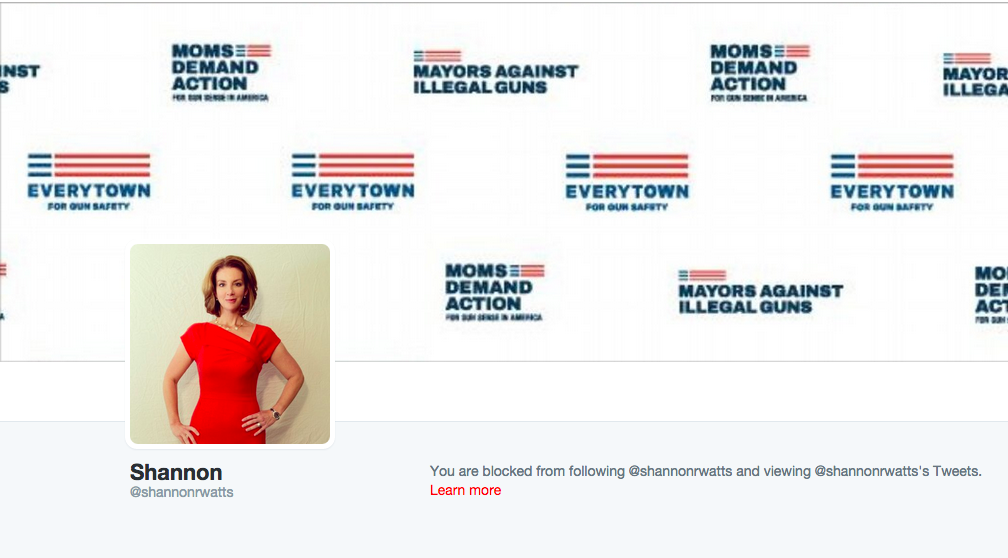 Not only has Shannon blocked me but so has Moms Demand Action. 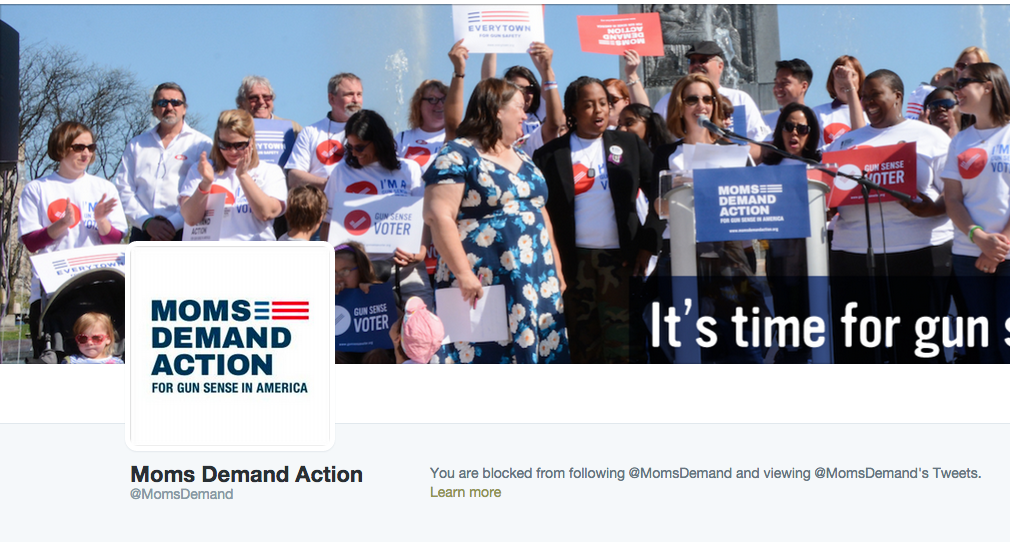 The background for the Moms Demand Action Twitter page happens to be from their little (and I do mean little) gathering in Indianapolis during the NRA Annual Meeting. That is when she refused to talk with Dana Loesch about derogatory remarks made against Dana by her. This is when she was also seen with “men in black” hired guns provided by Bloomberg. 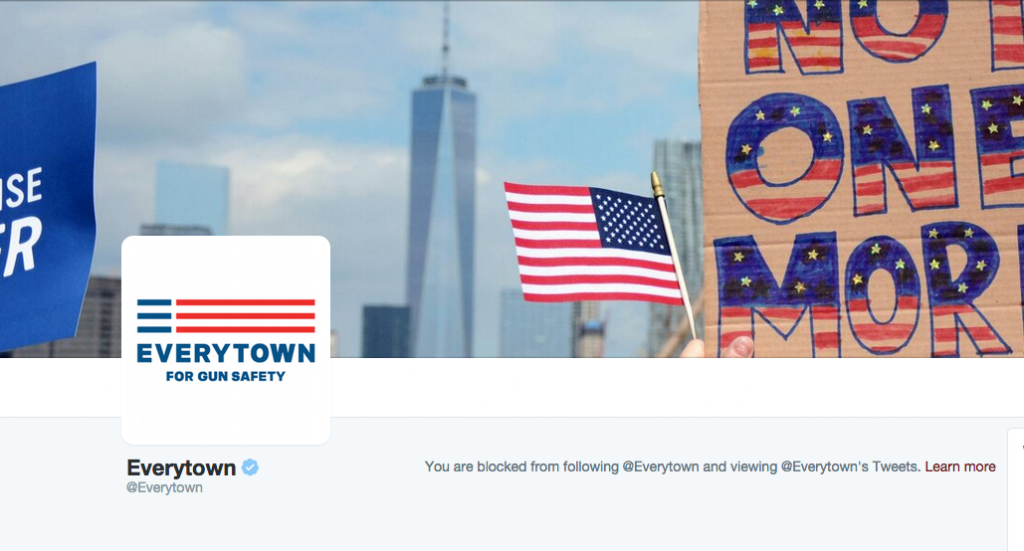 Not wanting to feel left out, the Brady Campaign has also blocked me. 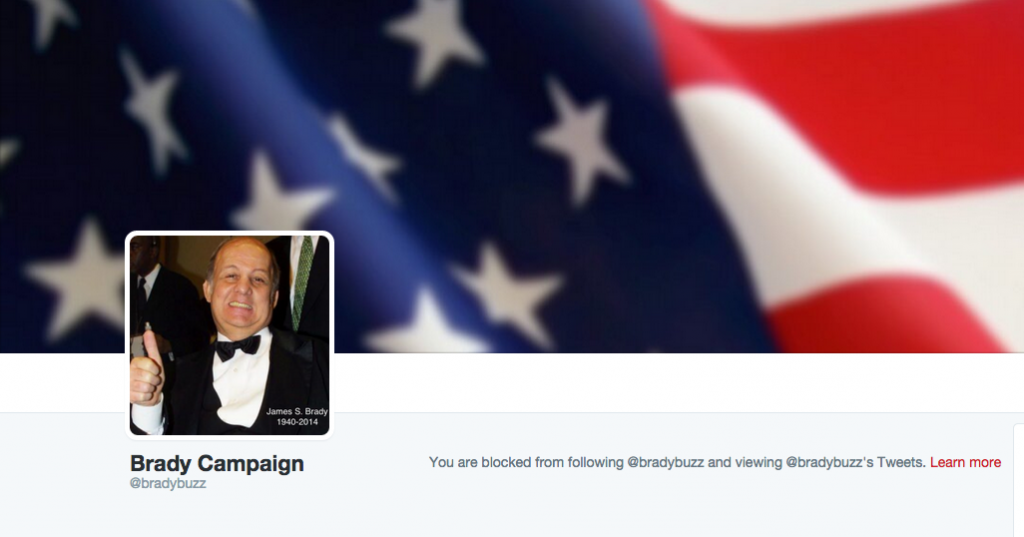 About the only other major, and I use that term loosely, gun prohibitionist organization that hasn’t blocked me is the Violence Policy Center. Not that I’ll ever agree with them but at least they have the courage of their convictions and don’t block their opponents.

I would encourage any gun rights activist who is active on Twitter to check to see if he or she is blocked by Shannon Watts (@shannonrwatts) or any of the gun prohibitionists organizations. If so, let the world know it by using the hashtag above. What Watts will call “bullying”, I would call the truth.