On Monday I did a post about the growing maturity of gun  industry marketers and the absence of booth babes. By the comments, it seems to have been well received by the women of the gun culture.

As I mentioned in the post, the last time I was to the SHOT Show was in 1996 while working for a local knife company. I also mentioned that the company’s booth not only featured our knives but the owner’s girlfriend. She was actually really a nice person and quite smart. I never really got what she saw in my boss who was an incompetent boor who loved to show her off.

It took some searching but I found a CD-ROM with back issues of Blade Magazine.  I was searching for an advertisement from the now defunct Paragon Cutlery that might feature “Miss Paragon”. I was in luck and found the one shown below where they were pushing the X-9 Parabow.

While Kelly didn’t wear the outfit shown below, she did wear a skintight minidress with spike heels. Those body-hugging minidresses were not nearly as common then as they seem to be now.

So now you understand what I feared I would see at the SHOT Show. That I didn’t was a pleasant surprise. 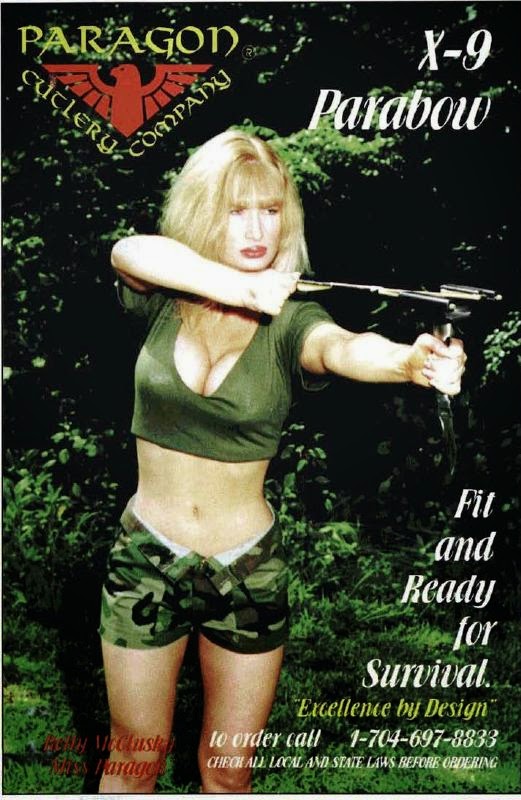 2 thoughts on “When I Use The Term “Booth Babe”, This Is What I Think Of”