The prosecution of Gordan Van Gilder for possession of an antique flintlock pistol was a travesty from the start. This was compounded when Cumberland County (NJ) Sheriff Robert Austino tried to smear the retired school teacher by saying he was arrested in a “known drug area” while trying to buy drugs.

Fortunately, this afternoon Cumberland County Prosecutor Jennifer Webb-McRae showed some sense and used her prosecutorial discretion to dismiss the case. 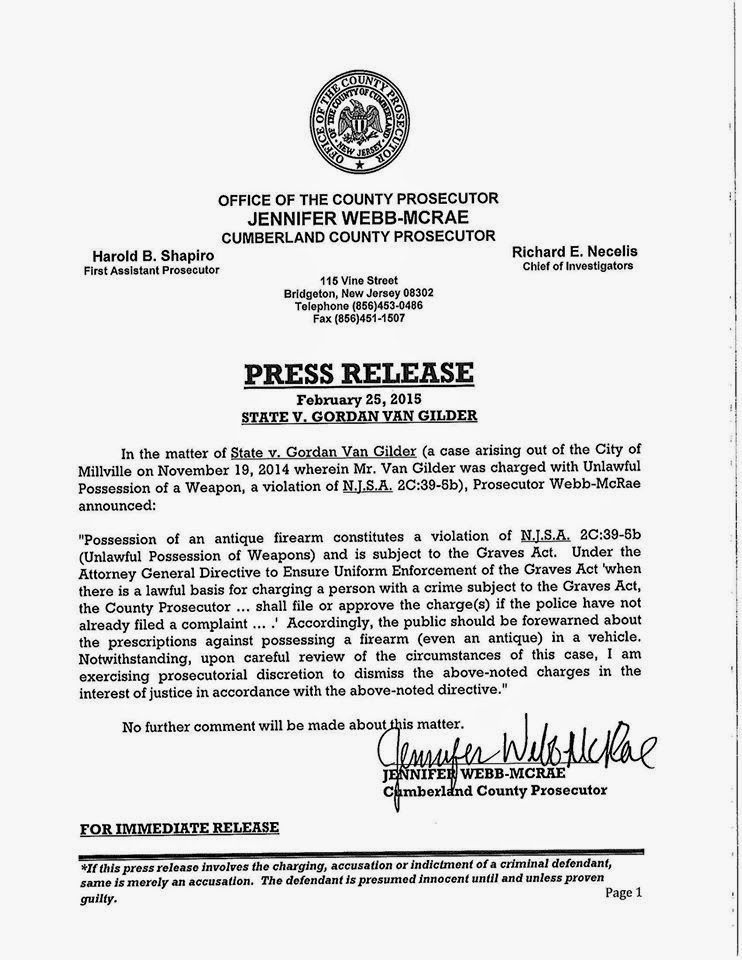 I don’t think we would have seen this happen without the pressure brought to bear based upon the peculiar circumstances of this case. It was ridiculous from the start and the Prosecutor’s Office knew it. They were the ones left to clean up the mess left by New Jersey law enforcement.

Now it is time as some New Jersey legislators have suggested to clean up the law. While I would love to see the entire law scrapped, I know that isn’t going to happen. At best, the definition of a firearm will be brought in line with that of the Federal law and pre-1898 firearms will be excluded.

3 thoughts on “Finally, Someone Acted Like An Adult In New Jersey”