James D. Julia, Inc. is an auction house in Maine that deals in high end collections including firearms. On March 15th and 16th, they will be auctioning the firearms of the legendary Elmer Keith. These guns come from the Elmer Keith Estate.

Here are some of the firearms that will be in the auction. 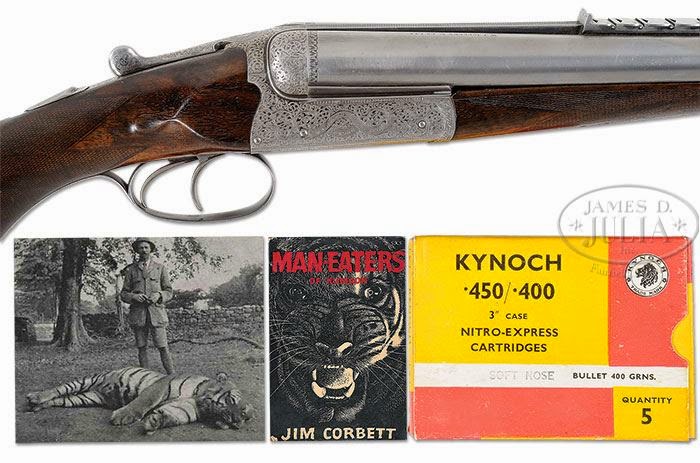 This is the W. J. Jeffrey & Co. double rifle in .450/400 Nitro Express that Jim Corbett used to kill so many man-eating tigers in India including the Thak Man-Eater tigress.

Then there is Elmer’s favorite elephant gun which he used on safari in Tanzania in 1969. It is a Westley Richards Droplock .476 Nitro Express double rifle. 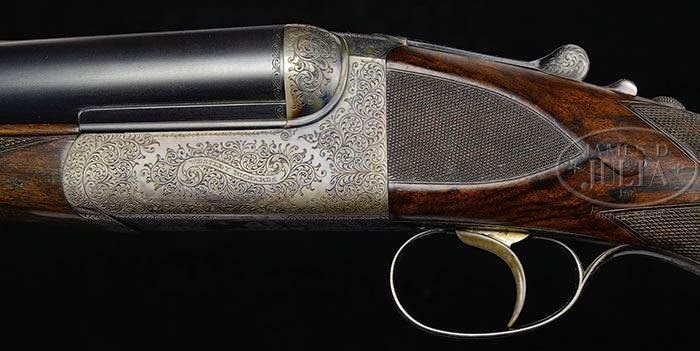 One of Elmer’s favorite cartridges was the .333 OKH (O’Neil Keith Hopkins) which he helped develop. Below is a FN Mauser chambered in it that he used on his first safari.

As any student of firearms history should know, Elmer Keith wasn’t just about rifles. He helped in the development of the .357 Magnum, the .44 Magnum, and the .41 Magnum. What can you say about him after that! Below are some of his revolvers.

In .41 Magnum, a pair of Model 57 Smith & Wessons given to Elmer by the company in recognition of his work in developing the caliber: 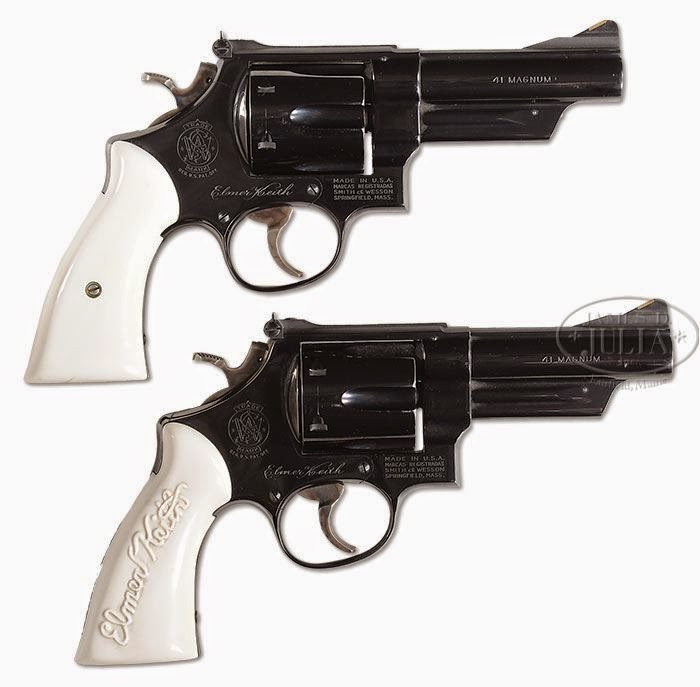 And then there is the .44 Magnum which will forever be associated with Elmer Keith. First is a pre-Model 29 engraved revolver that was presented to Elmer by S&W President Carl Helstrom. The second is Elmer’s personal carry Model 29 along with its holster. You can see the holster wear on the barrel of the revolver. I’m sure that revolver could tell stories! 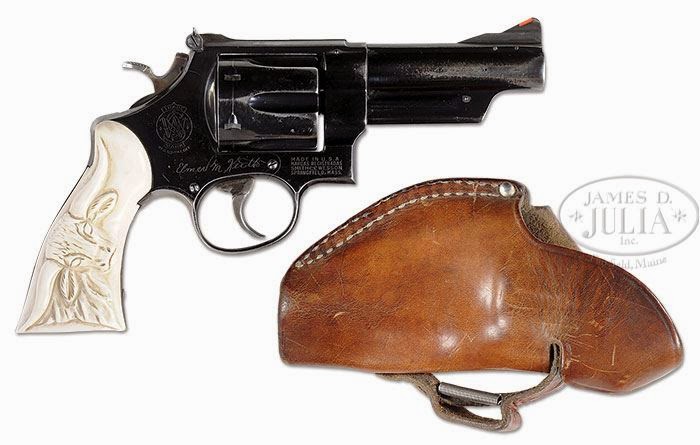 Elmer Keith also liked his Colt Single Action Army revolvers. Below is what he called “The Last Word in Sixguns”.

Some of the Elmer Keith Estate’s more utilitarian firearms will be also up at auction. These will auctioned by Poulin Antiques of Skowhegan, Maine which is just up the road from James D. Julia, Inc. This auction will take place on March 11th through 14th. Unfortunately, they don’t have many pictures up yet. 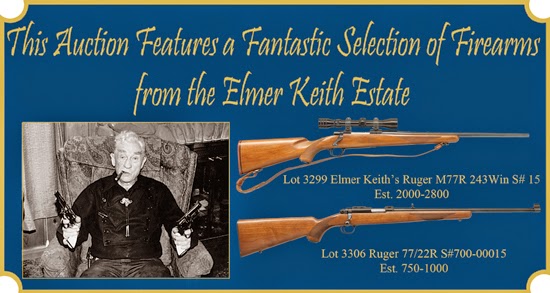 All the firearms from both auctions have remained in the possession of the Keith family since Elmer’s death in 1984. As I said in the headline, if these guns could talk what stories they would tell. They might even be as fantastic as the tales that Elmer could tell.

UPDATE:  The full auction catalog of the Elmer Keith Estate firearms along with the others for auction is now online. Day One is here and Day Two can be found here. Many of these firearms are museum quality pieces. I hope the NRA can partake in this auction as many of these guns belong in their museum.