238 Congressman have signed the letter from Rep. Bob Goodlatte (R-VA) opposing the BATFE’s ammunition framework and proposed ban on SS109/M855 5.56×45 62-grain ammunition. According to the press release from the NRA-ILA, they worked with Rep. Goodlatte on securing support for the letter and will be working with Senate Judiciary Committee Chair Chuck Grassley (R-IA) on a similar letter from the Senate.

Fairfax, Va. – In an overwhelming show of bipartisan opposition, 238 Members of the U.S. House of Representatives have signed a letter to the director of the Bureau of Alcohol, Tobacco, Firearms and Explosives, opposing the Obama Administration’s attempt to ban commonly used ammunition for the most popular rifle in America, the AR-15. The National Rifle Association worked closely with House Judiciary Committee Chairman Bob Goodlatte (R-Va.) to gather signatures on this critical effort.


“This letter sends a clear message to President Obama that Congress opposes his attempt to use his pen and phone to thwart the will of the American people,” said Chris W. Cox, executive director of the NRA’s Institute for Legislative Action. “Obama said he would enact his gun control agenda ‘with or without Congress.’ He is now trying to make good on that promise. The NRA would like to thank Chairman Goodlatte and all who signed the letter for opposing this unconstitutional attack on our Second Amendment freedom.”


The NRA is working with Senator Chuck Grassley (R-Iowa) on a similar letter of opposition from the U.S. Senate.


To view the letter, along with the Member signatures, click here.

To see whether your Representative is on the list signing the letter, either use the link above or view them in the pictures below. If your Representative did not sign on to this list, I’d be asking them why not. I do notice that the gun control industry’s favorite House Republican Peter King (R-NY) is conspicuously absent. 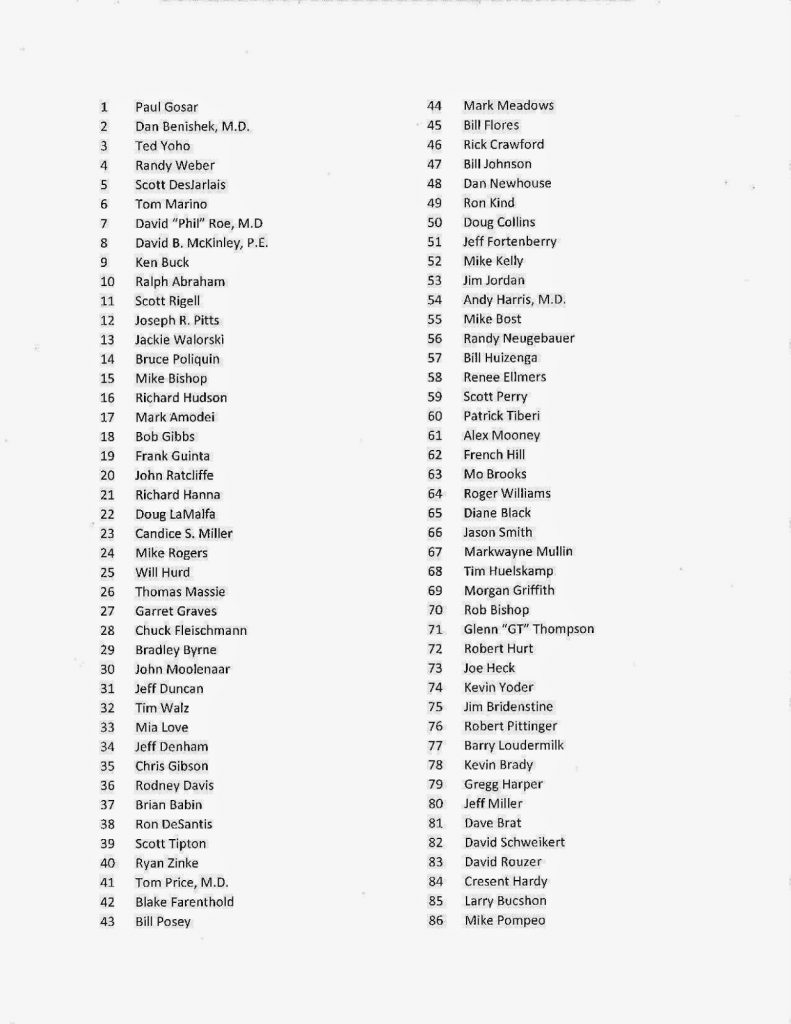 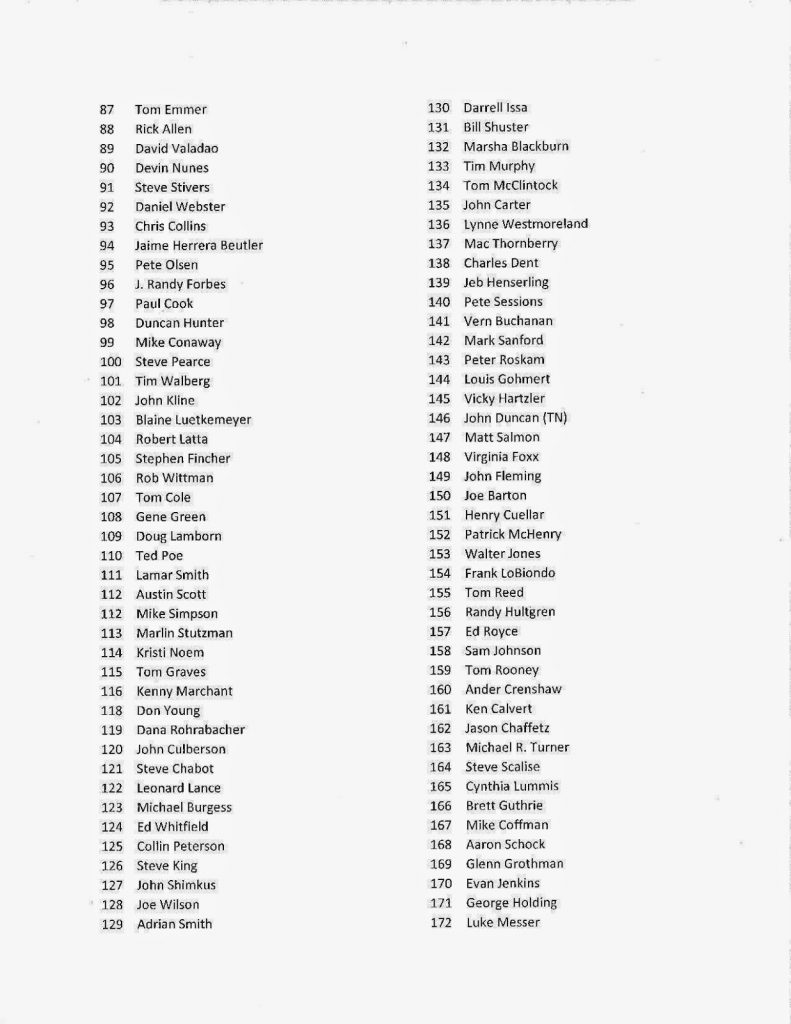 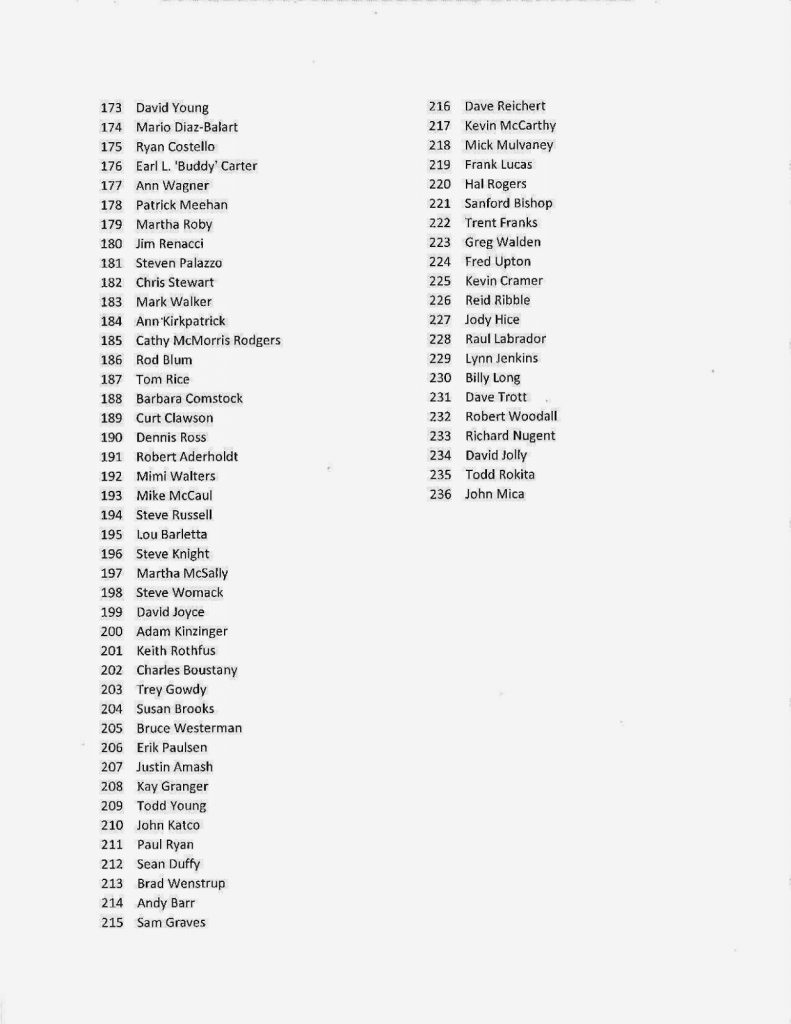