I just sat in on the majority of a lecture by author and historian Martin K. A. Morgan on the firearms of the Falklands War. It could have been just was well been named FN Goes to War because the primary battle rifles and general purpose machine guns were either made or designed by FN Herstal. 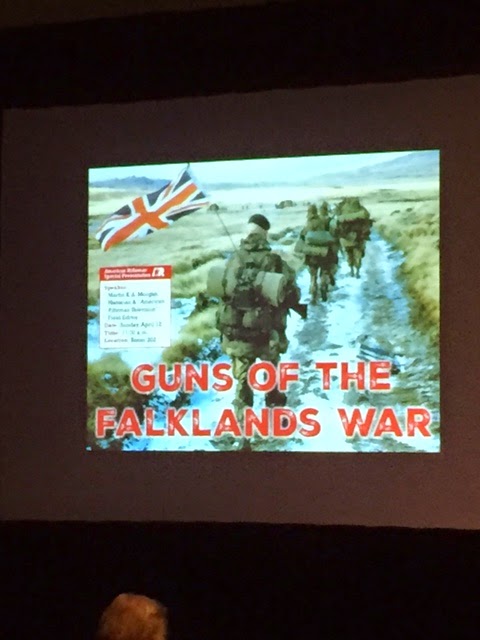 The British used the L1A1 SLR, a semi-auto version of the FN-FAL, as their main battle rifle while the Argentinians used both the FN-FAL Model 50.00 and their own licensed DGFM/FMAP “DM” FAL. All these weapons were chambered in 7.62×51 Nato. This worked to the advantage of the British when they captured large stockpiles of Argentine Army ammo at Goose Green.

Morgan mentioned the anecdotal reports that troops with 2 Para switched their L1A1 rifles for the Argentinian select fire rifles that they captured at Goose Green. Interesting, I had just heard that same story of British soldiers trading firearms from an engineer at Remington after I told him I was going to this lecture. There must be some truth to this story for it to have come from such diverse sources.

The primary machine guns by both sides were again FN Herstal designs. The Brits used the L7A2 GPMG while the Argentinians used the FN Mag-58 GPMG.

8 thoughts on “NRA Annual Meeting – Guns of the Falklands War”