At the end of March, US District Judge Richard Matsch dismissed the lawsuit brought by the Brady Center on behalf of Lonnie and Sandy Phillips who had lost a daughter in the Aurora theater shootings. Judge Matsch also awarded attorneys’ fees to the defendants in the case including Lucky Gunner and Sportsman’s Guide.

A story at Guns.com looking at the court filings by BulkAmmo.com aka Lucky Gunner and Sportsman’s Guide said the fees being requested totaled approximately $224,000. There has been much speculation on just who will have to pay these attorneys’ fees – the grieving family or the Brady Center. Sebastian at Shall Not Be Questioned said the Brady Center had reached a new low in exploiting victims especially if they left the family holding the bag for the fees.

We discussed this last night on The Polite Society Podcast. I think the consensus was that we felt for the family especially if they were the ones who had to pay the fees on top of the loss of their daughter Jessica Ghawi.

Thanks to an observant reader, my sympathy for the Phillips has ratcheted down several levels. I, of course, will always feel sympathy for them over the loss of their daughter. It is something that no parent should have to go through. That said, take a look at the following screen captures. 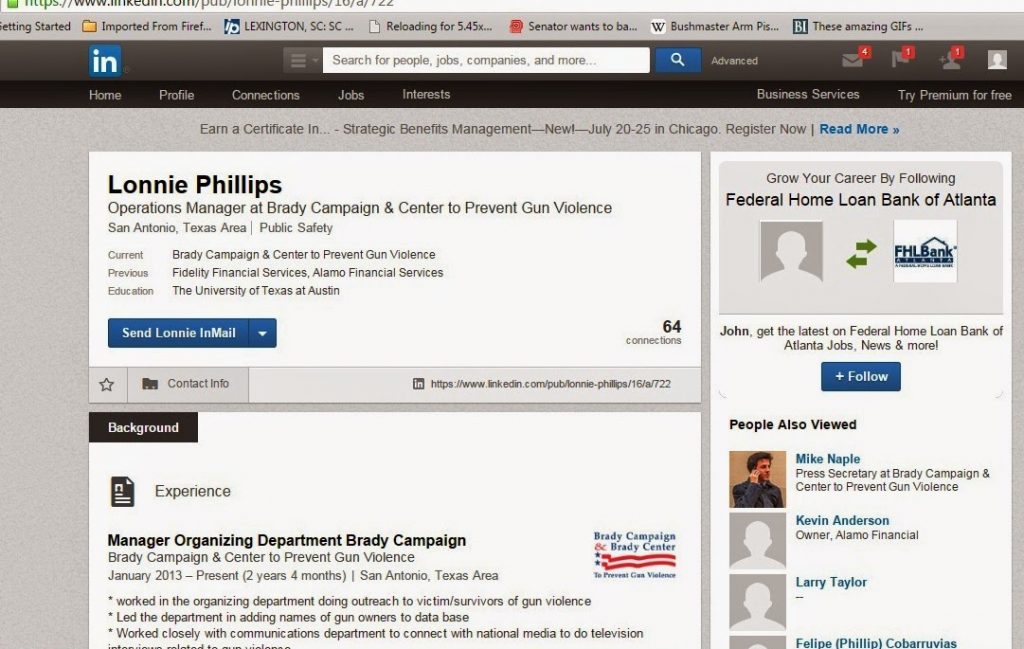 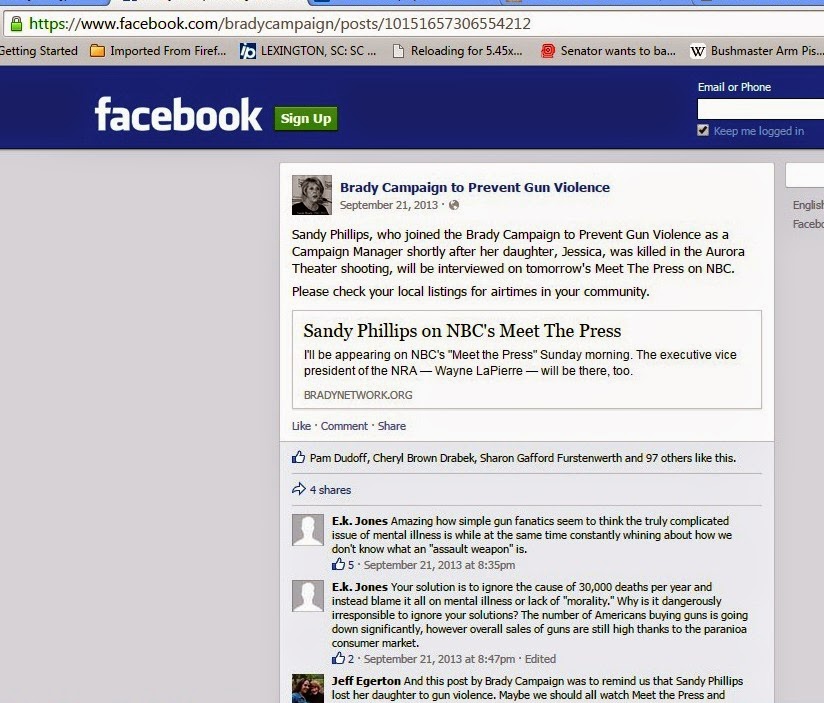 The Phillips were not just grieving parents when they brought suit against Lucky Gunner, Sportsman’s Guide, and the other defendants. They were paid employees of the Brady Campaign!


You can find the link to Lonnie’s LinkedIn page here and the link to the Facebook page announcing Sandy’s appearance on Meet The Press here.

While the amended complaint did not seek outright monetary damages, it did ask for “equitable relief”, court costs, and “for such other and further relief that this Court might deem appropriate.” They also sought an injunction that would have put the defendants out of business until they adopted the Brady Center’s business practices. I do wonder if monetary damages had been awarded would they have gone to the Phillips or gone to their employer due to some pre-trial agreement.

11 thoughts on “Well, This Sheds A New Light On Things”