The Washington Post ran a story yesterday regarding Hillary Clinton’s new push for gun control. They note that this marks a shift in presidential politics and is an effort on her part to out-lefty Bernie Sanders who has actually been not (too) bad on gun issues.

Hillary thinks it is good politics to run on restricting gun rights. What struck me about the story is this photo by Jim Young of Reuters that is used to illustrate the story. 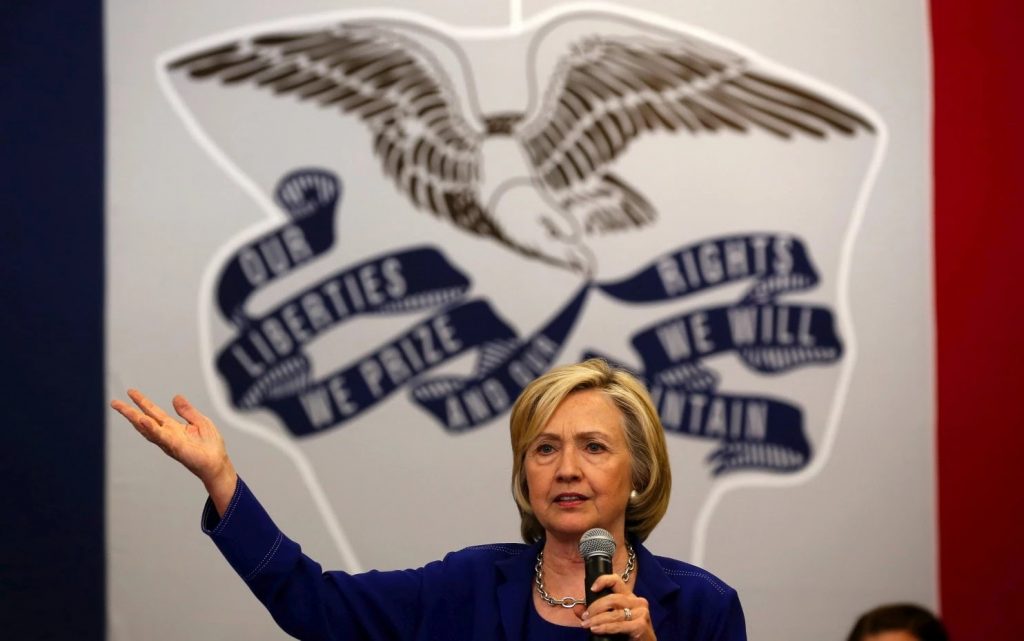 Hillary is standing in front of the Iowa state flag which contains the motto, “Our liberties we prize and our rights we will maintain.” If that isn’t irony, I don’t know what is!

I don’t know if the photographer is a gun guy but he, either consciously or unconsciously, just illustrated the conflict between supporting Clinton and supporting Constitutional rights. The two just don’t go together.

4 thoughts on “Can You Say Ironic?”