The National Shooting Sports Foundation adjusted NICS checks for July 2015 were just released today. They show the highest numbers for a July on record. 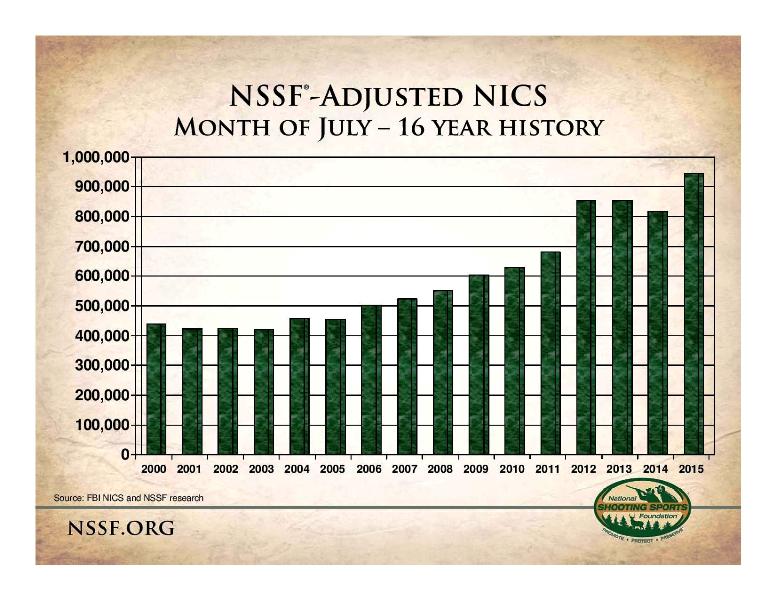 
While 2014 was a bit of mixed bag, it appears that 2015, for the most part, is starting to show increases over the prior year’s statistics. 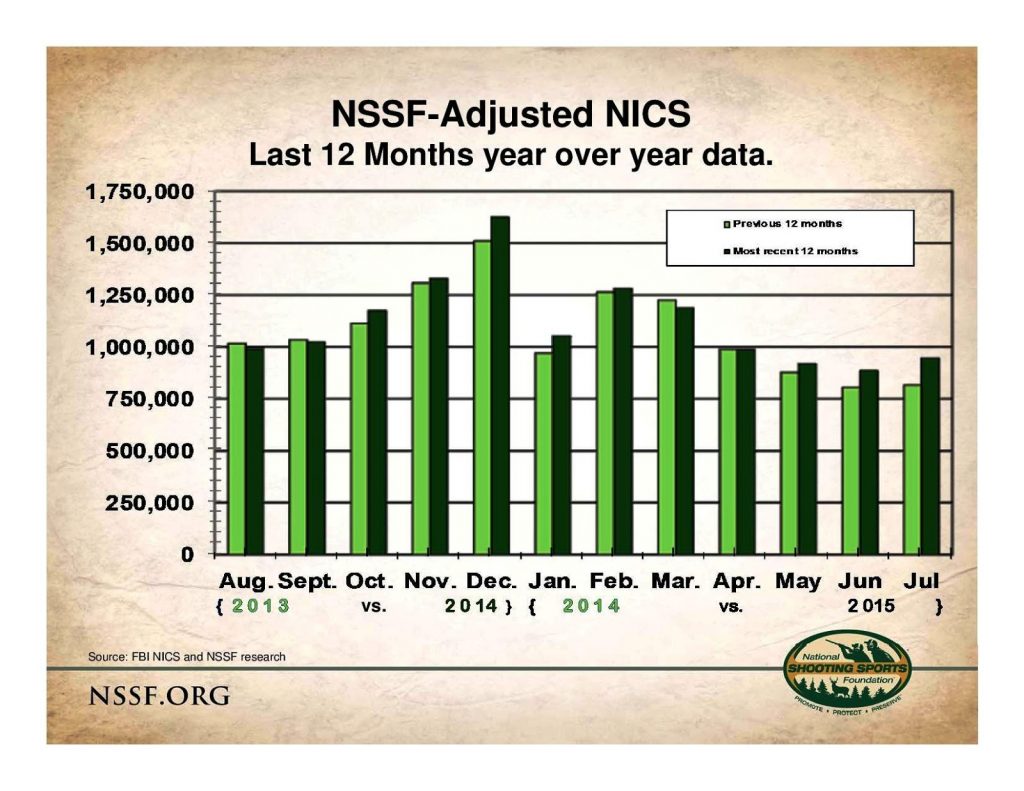