NOTE: I am reposting this 2011 post in memory of Bill who was killed in a car wreck in Texas on Tuesday. He was on his way home from work when a truck crossed the center line and hit his pickup. He leaves behind his wonderful wife Annie and dog LB. Tight lines, Billy. I know Heaven must have fish as Christ built his church using fishermen.

The name Ocean Triggerfish sounds pretty gunnie to me.

Range & Habitat : This fish is more common in the southern Gulf of Mexico, but is scattered in all offshore waters. It is an open-water species, less likely to be found near reefs, rocks, and offshore oil and gas platforms.

Billy is a hardcore angler and would rather fish than eat or sleep. I remember going fishing with him many a time when we were kids growing up. So congratulations to my cousin Billy on a fishing record that is well-deserved. 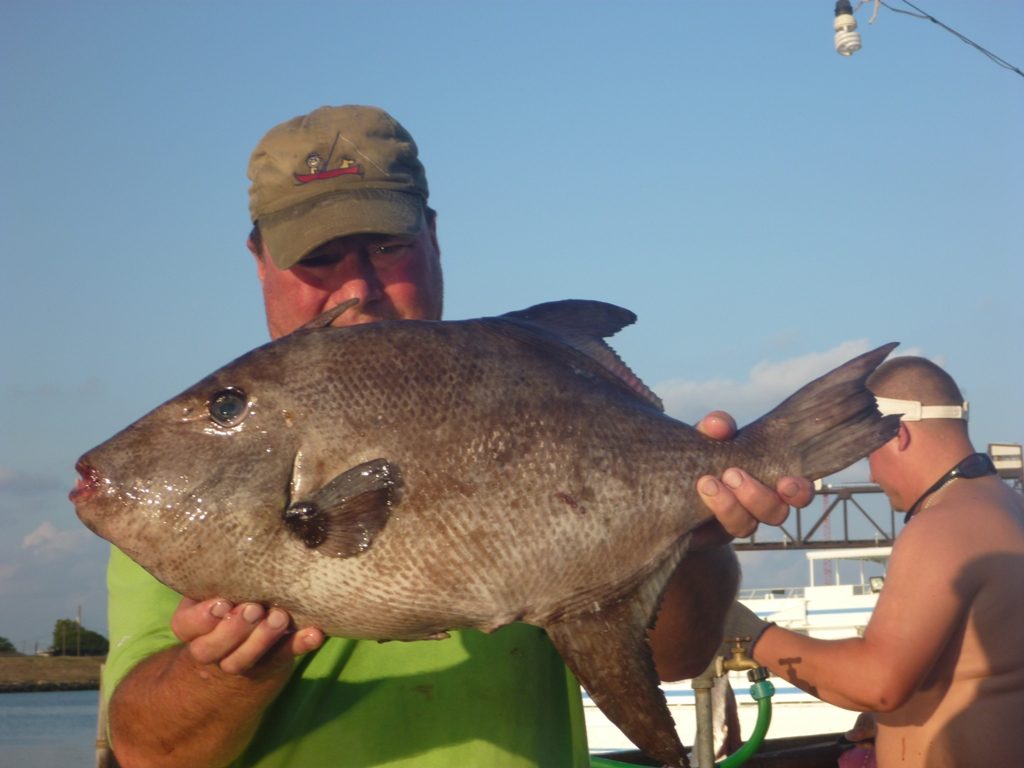