The National Shooting Sports Foundation released their adjusted NICS checks for December 2015 on Monday. Let’s just say that if I had an investment that went up that much I’d be ecstatic! Compared to December 2014, the NSSF-adjusted NICS checks rose 37.6%. This wasn’t the highest December on record – that was December 2012 – but it missed hitting the all-time December high by only about 2,000 checks out of over 2.2 million.

You can see the increase graphically below. Look at December 2015 and December 2012 in particular. Both months saw a tremendous surge in anticipation of more gun control coming from the Obama Administration. People were buying firearms while the getting was good. 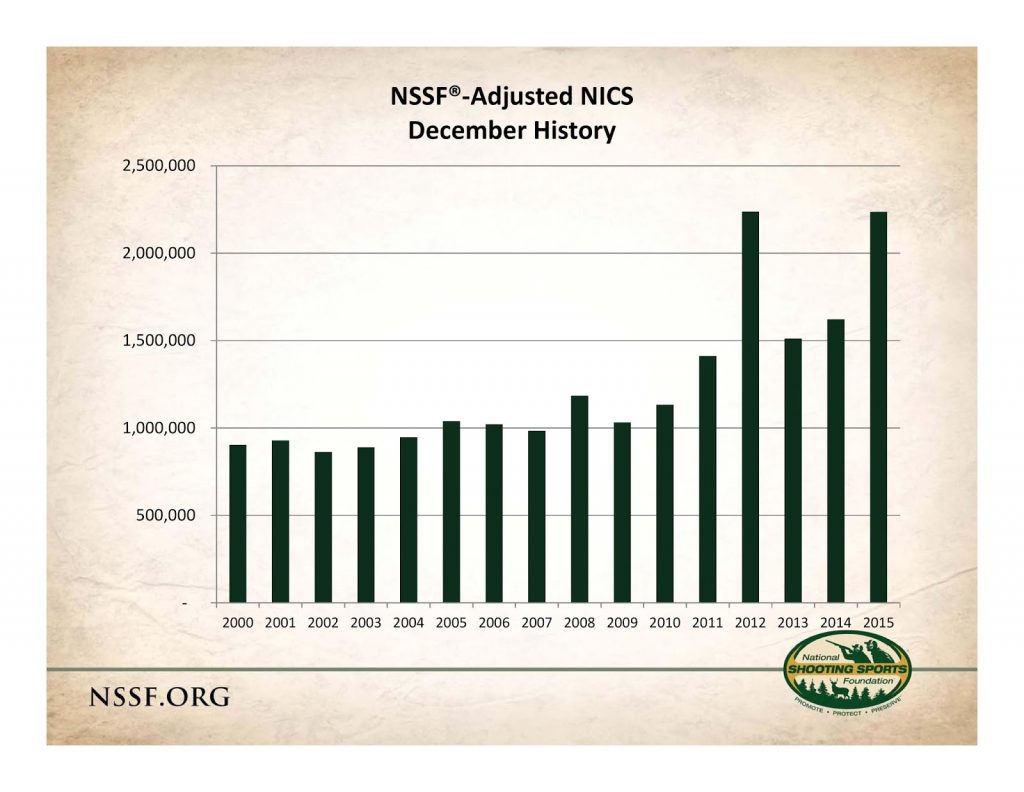