On Tuesday, the Mississippi House of Representatives concurred with the Mississippi Senate on amendments to HB 786. The Senate amendments expanded what was originally just a church carry bill into one that included that and constitutional carry. The amended bill passed both houses with veto proof majorities. The bill now goes to Gov. Phil Bryant (R-MS) who is expected to sign the bill. That would make Mississippi the tenth state to have constitutional carry and the third to pass it this year. Some have criticized the bill as also including “nullification”.  Actually the bill doesn’t include nullification as it merely states that Mississippi officials and law enforcement don’t have an obligation to enforce Federal gun control laws which is in line with existing Supreme Court precedent.

Given that the number of states with constitutional carry has increased to 10, Rob Vance and I concluded it was time to update the graphic showing the spread of freedom. The graphic below shows how the United States has moved from no carry to shall-issue and permitless carry over the last 30 years. As I said a few years ago, shall-issue is the new norm. Maybe one day I’ll be able to change this to constitutional carry is the new norm. 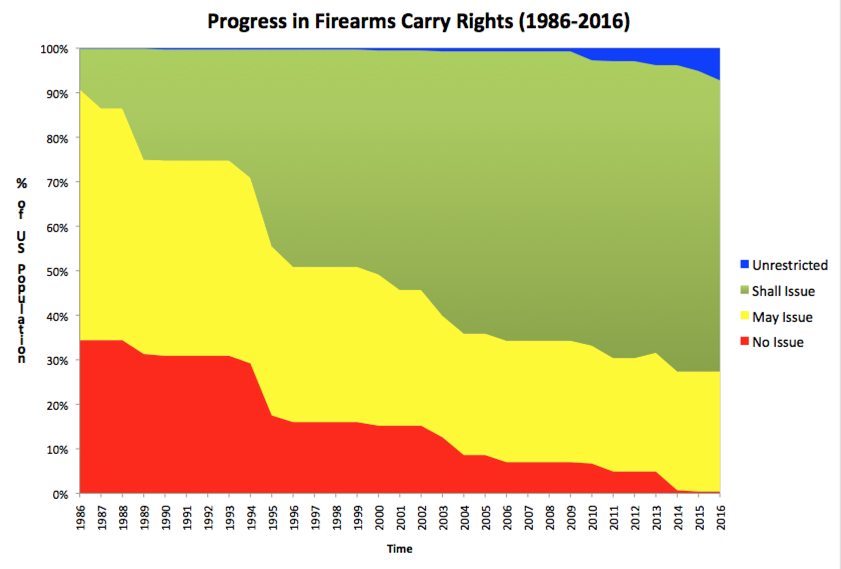 Here are the population statistics that accompany the above graphic:

At the same time that shall-issue and permitless or constitutional carry have expanded, violent crime has decreased. While correlation isn’t causation, I do think this is significant. When this graphic was first developed, Rob noted that there was no positive correlation between carry and violent crime. Unfortunately, he also noted that a negative correlation has not yet been proved. Linoge at Walls of the City has been studying gun ownership and the incidence of violent crime for a number of years. His latest is posted here. He has a similar result. Thus, neither more guns or less restrictive carry means more crime. 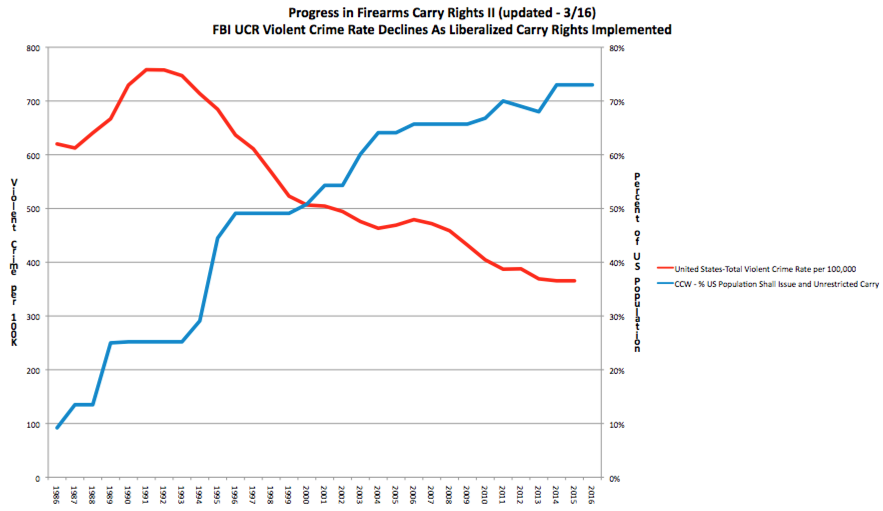 10 thoughts on “Every Picture Tells A Story, Part V”