The National Shooting Sports Foundation released their adjusted NICS checks numbers for July 2016. Let’s just say upfront that all the gun control talk coming from Democrats is having an impact. It’s just not the one they want.

From the NSSF Bullet Points:

As you can see in the graphic below, July 2015 had been the highest on record as well and it just overwhelmingly eclipsed. 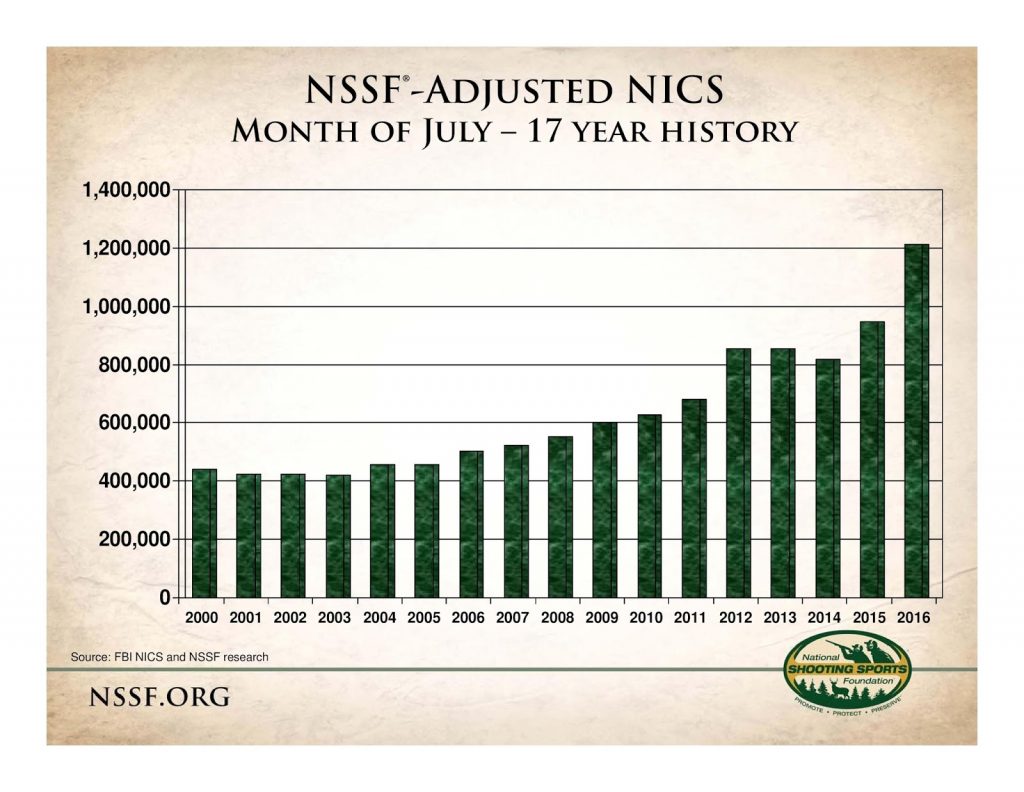 The next graphic shows the year over year results by month. For the last twelve months, the adjusted NICS checks numbers were greater than the same month in the prior year. 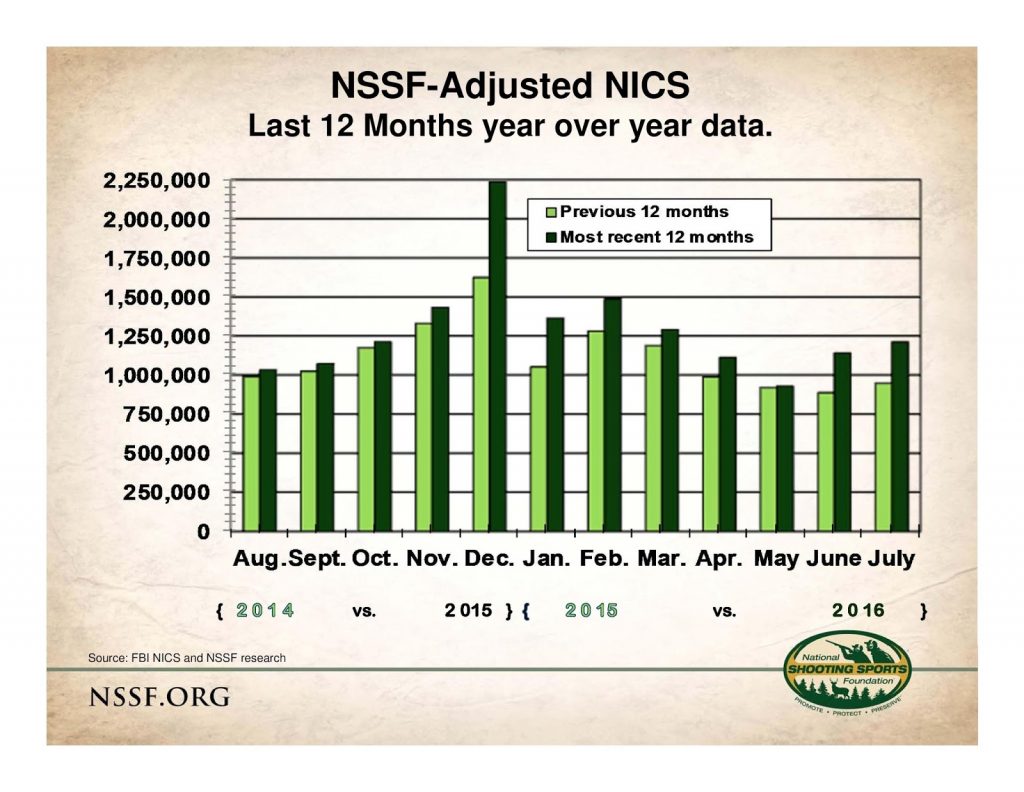 As always, NICS checks are not a perfect correlation with gun sales as many states use the NICS System for carry permit purposes and as a CCW is accepted in lieu of a NICS check in many states such as North Carolina and Texas.

4 thoughts on “Highest July On Record For Adjusted NICS Checks”