Mike Vanderboegh passed away earlier today after a long battle against cancer. His good friend David Codrea published these two remembrances of Mike in AmmoLand and OathKeepers.

You can find the AmmoLand one here and the OathKeepers one here.

David is correct:  the freedom movement did lose an important voice.

The “official” obituary was published in the Birmingham News today. I have reprinted it in its entirety below:

July 23, 1952 – Aug. 10, 2016 born July 23, 1952 in St. Joseph, Michigan, resident of Pinson, Alabama, survived by wife, Rosey, son, Matthew Bradley (Nicole) of Wiesbaden, Germany; daughters Hannah Rose (Brandon Vanslambrouck) and Zoe Kate Vanderboegh all of Pinson, Alabama; and grandsons, Mason Brennan of Youngstown, Ohio and Gabriel Michael, and granddaughter Olivia Laura, both of Weisbaden, Germany; mother, Norma Vanderboegh; brother, Dwight Vanderboegh (Cheryl); sister, Teresa Lehman (Jim). He was preceded in death by his father, Donald Vanderboegh and sister, Meri Kay Vanderboegh. Longtime 2nd Amendment activist, author, citizen journalist, and blogger who, with David Codrea, first broke the story of the Fast and Furious scandal in December 2010. Resident of Alabama since 1985, Mike was also an historian, amateur archaeologist, and researcher of Alabama’s civil war history, especially the unionists of Winston County. He was the founding historian of La Grange Living History Association, a founding member of the 1st Alabama Union Calvary Company C reenactment unit and active in local historical preservation issues. More recently, Mike was the founder of the National Three Percent Movement and led armed civil disobedience actions from Connecticut to Oregon, smuggling forbidden firearms magazines to states that banned them. Controversial throughout his life, he was constantly devoted to the Declaration of Independence and the Bill of Rights. An adamant enemy of collectivism of all kinds, he was denounced by Bill Clinton on CNN, the Southern Poverty Law Center, the Anti-Defamation League of Bnai Brith, Rachel Maddow of MSNBC, as well as the Ku Klux Klan, the Aryan Nations and various racists and anti-Semitic groups. He was also very unpopular with the ATF and the FBI. In 2005, he served with the Minutemen on the New Mexico border and was always proud to say that he had been on the enemy’s list of the past three White Houses regardless of party. As his friend Kurt Hoffmann said, “it is better to be despised by the despicable than admired by the admirable.” He described himself as a citizen first, Christian Libertarian who believed in God, free men, free markets, the rule of law under the founder’s republic and that the Constitution extended to everyone regardless of race, creed, color, or religion. He lived by the motto that “all evil prospers with the silent consent of the good, therefore I will not be silent”. Services to be held at Kilgroe Memorial in Leeds on Saturday, August 13, 2016 at 2PM. In lieu of flowers, donations can be made to the American Cancer Society . Visit online at www.kilgroefuneralhome.com Kilgroe Funeral Home, Leeds directing. 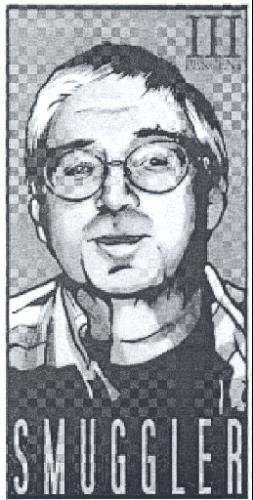 4 thoughts on “Obituary And Remembrances”