Donald Trump is speaking in Asheville this evening.

I happened to be at my nearby Lowe’s Home Center which overlooks the Asheville Regional Airport when I noticed a number of people on one end of the parking lot. It turns out they were hoping to see Trump’s plane land. After I finished my shopping I joined them.

There were young deplorables there. 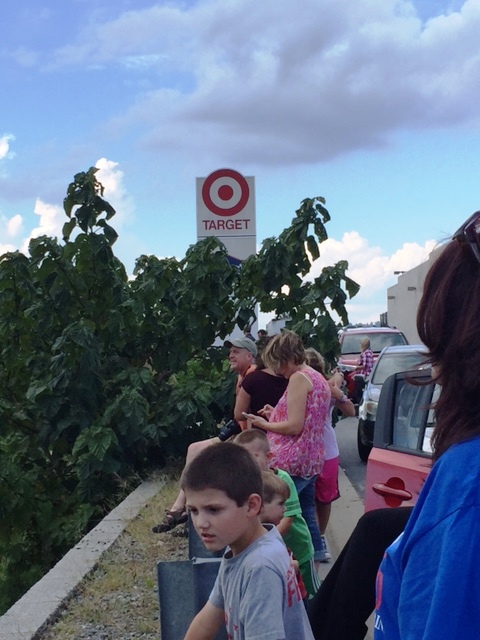 There were old deplorables there. 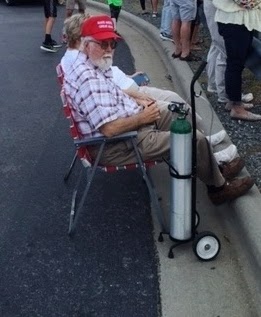 There were even some of my fellow middle aged deplorables there. 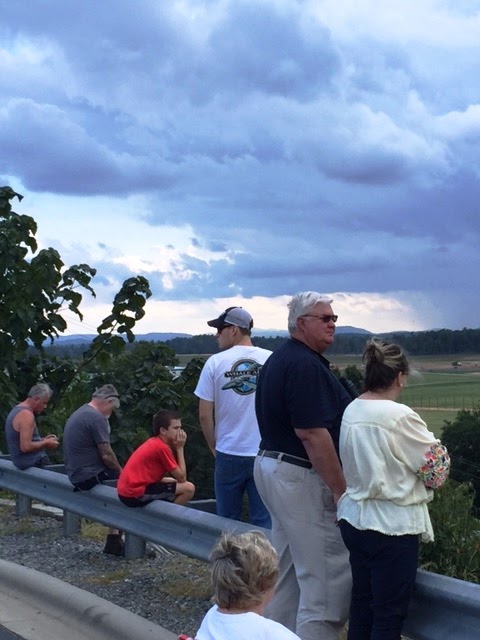 These pictures don’t capture the total number of people that had been there. I’d estimate it was over 50 during the course of an hour. Unfortunately, Trump arrived earlier than expected and most people missed seeing him arrive including me.

I did get to watch Trump’s speech over Livestream. He was introduced by former NYC Mayor Rudy Guilani. He started by having an assortment of folks on stage speak which included both whites and blacks.

The elderly black couple who had a “huge” number of combined years in education said it would be hard for them to be racist and sexist. It was kinda funny. Hillary is going to regret her description of a segment of Trump voters are both “deplorable” and “irredeemable”. They are already coming back to haunt her.

2 thoughts on “Some Of My Fellow Deplorables”