The National Shooting Sports Foundation has released it latest adjusted-NICS data. The March 2017 adjusted-NICS checks have resumed their upward path that had been on hold since the election of Donald Trump. The adjusted-NICS checks had shown a year over year increase for the same month in the prior year throughout 2016 until the month of December when it showed a sharp decrease from the prior year. This also held true for the months of January and February 2017. The drop has been attributed to the end of panic buying in anticipation of new gun control measures from a President Hillary Clinton.

You can see this trend in the graphic below: 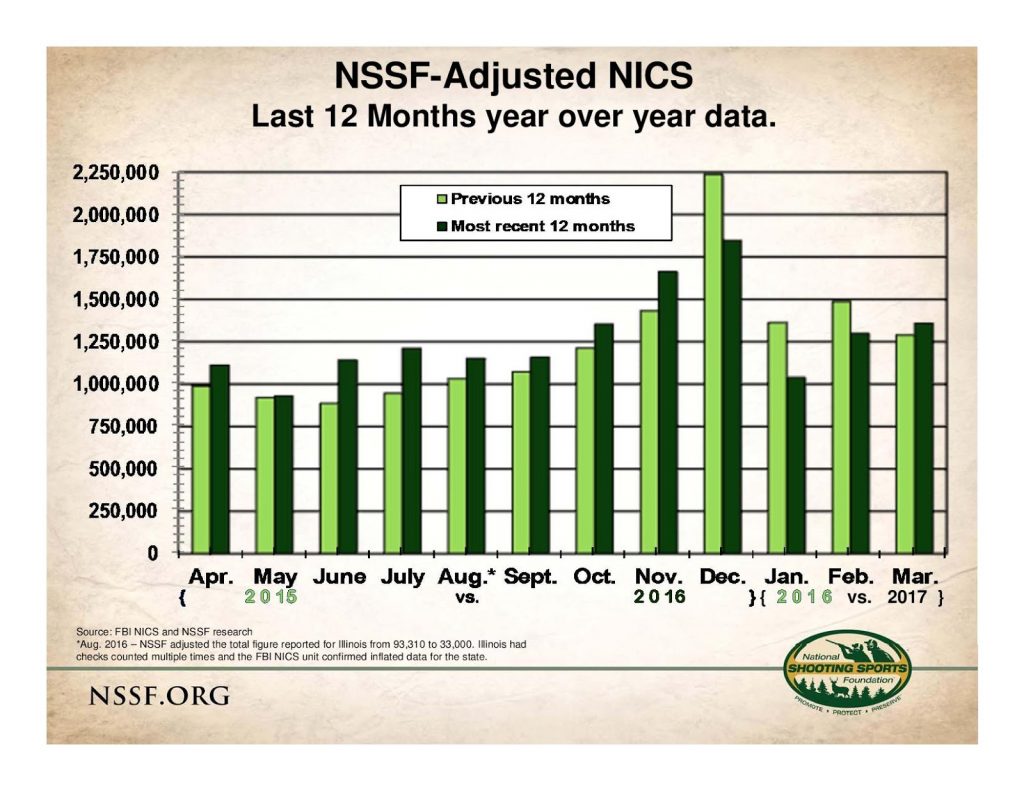 The numbers as reported by NSSF are as follows:

Even with this quarterly drop as compared to the prior year, March 2017 still was the second highest March on record. 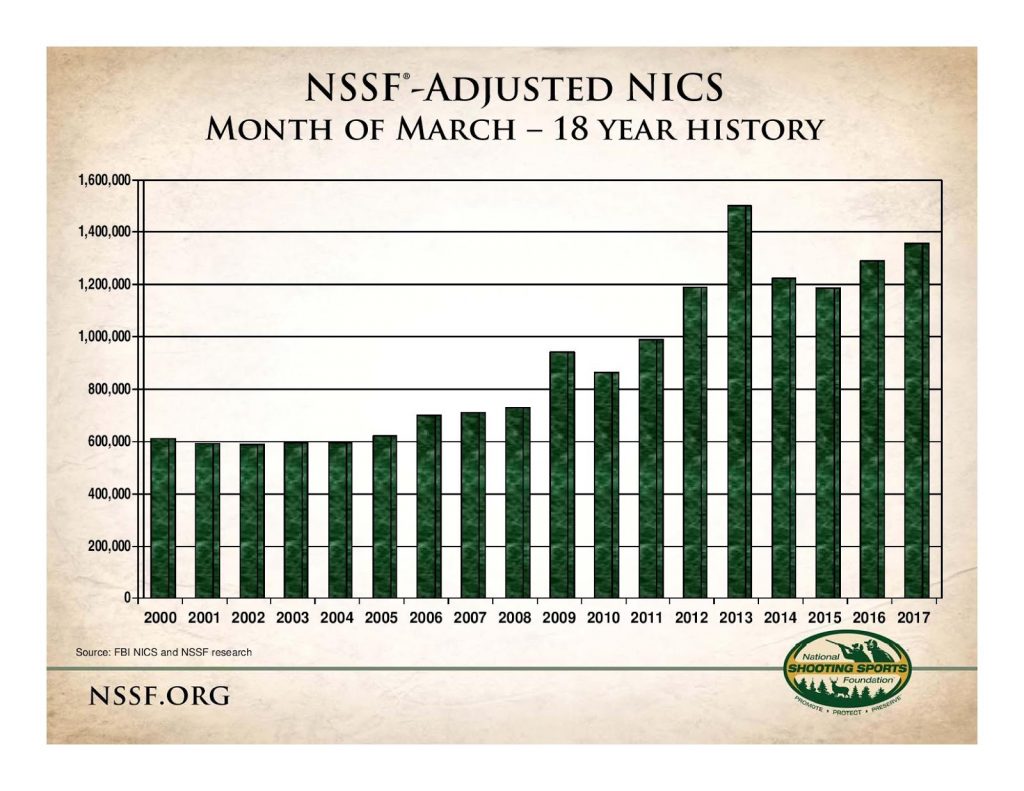 NICS data is more indicative of trends than an actual one-to-one sale of firearms. This is due to certain states using the NICS check system for CCW permit background checks and permit rechecks as well as the exemption from a NICS check for holding of carry permits from certain states like North Carolina.