Two hundred forty-two years ago today a group of subjects who insisted on their rights started along the path to citizenship. 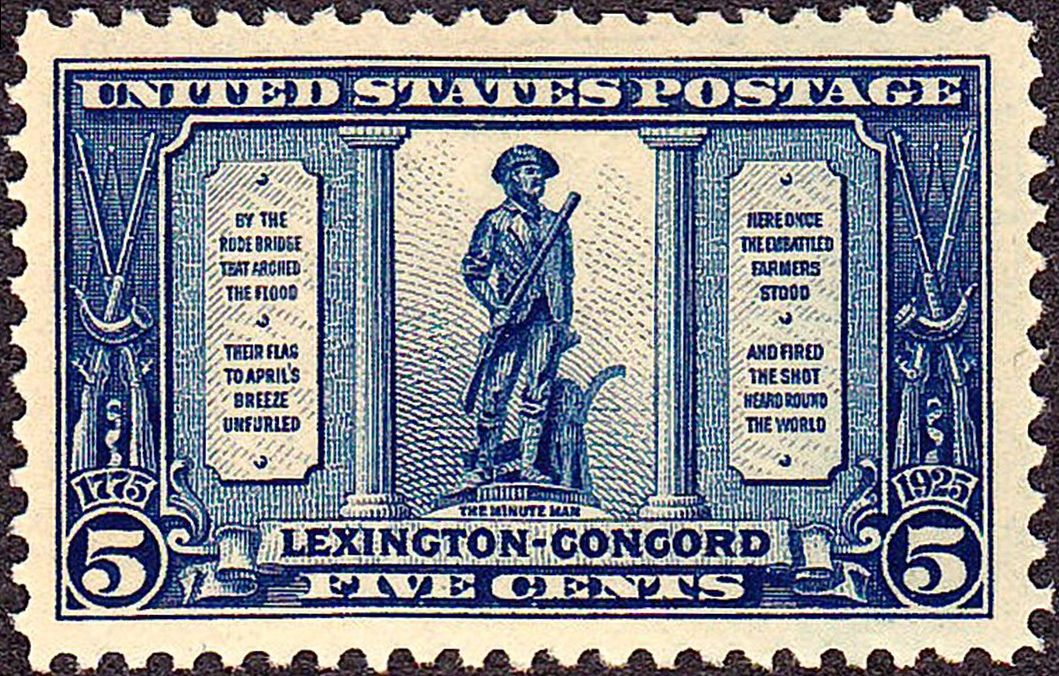 It began when Gen. Thomas Gage, the military governor of the Massachusetts Colony and the commander in chief of the 3,000 or so British regulars, had been ordered by William Legge, the 2nd Earl of Dartmouth and the Secretary of State for the Colonies, to disarm the militia. Gage sent forth approximately 700 British infantrymen on the night of April 18th to seize the colonists’ arms stored at Concord. Their advanced guard led by Major John Pitcairn entered Lexington at sunrise and were met by approximately 80 militiamen.

According to the sworn statement of Captain John Parker who was their leader:

I … ordered our Militia to meet on the Common in said Lexington to consult what to do, and concluded not to be discovered, nor meddle or make with said Regular Troops (if they should approach) unless they should insult or molest us; and, upon their sudden Approach, I immediately ordered our Militia to disperse, and not to fire:—Immediately said Troops made their appearance and rushed furiously, fired upon, and killed eight of our Party without receiving any Provocation therefor from us.

Who actually fired the first shot will never be known conclusively. Nonetheless, someone did fire his musket and the American Revolution for all intents and purposes began.

The right to keep and bear arms had been well established as a right of (Protestant) Englishman since at least 1689 and this is what the militiamen at Lexington and Concord fought to preserve. While our rights today at the national level are under less threatened than they were in the past eight years, we still have to fight for them. No matter who is in the White House or who controls Congress our rights will always be susceptible to attack. That is why we must always remember April 19th and what it stands for.