Over and above Wayne LaPierre’s spending on his wardrobe are expenses he billed to Ackerman-McQueen for travel, food, and apartment rental for an intern according to a letter they sent to him on April 22nd. These expenses have become the basis for stories in the Wall Street Journal, The Hill, and many other publications.

National Rifle Association Chief Executive Wayne LaPierre billed the group’s ad agency $39,000 for one day of shopping at a Beverly Hills clothing boutique, $18,300 for a car and driver in Europe and had the agency cover $13,800 in rent for a summer intern, according to newly revealed NRA internal documents.

The documents, posted anonymously on the internet, provide new details of the clothing, travel and other expenses totaling more than $542,000 that Ackerman McQueen Inc. alleges Mr. LaPierre billed to it.

The travel expenses allegedly include more than $200,000 in “Air Transportation” costs during a one-month period in late 2012 and early 2013, in part related to a two-week trip over Christmas to the Bahamas by Mr. LaPierre.

The additional details behind the ad agency’s claims comes as Mr. LaPierre faces internal scrutiny at the NRA over his expenses amid an extraordinary falling-out between the NRA and Ackerman McQueen.

Carolyn Meadows, the new NRA President, in a statement to the WSJ said:

The NRA released a statement from Carolyn Meadows, its new president, who said the “entire board is fully aware of these issues. We have full confidence in Wayne LaPierre.” She added that “it is troubling and pathetic that some people would resort to leaking information to advance their agendas.” 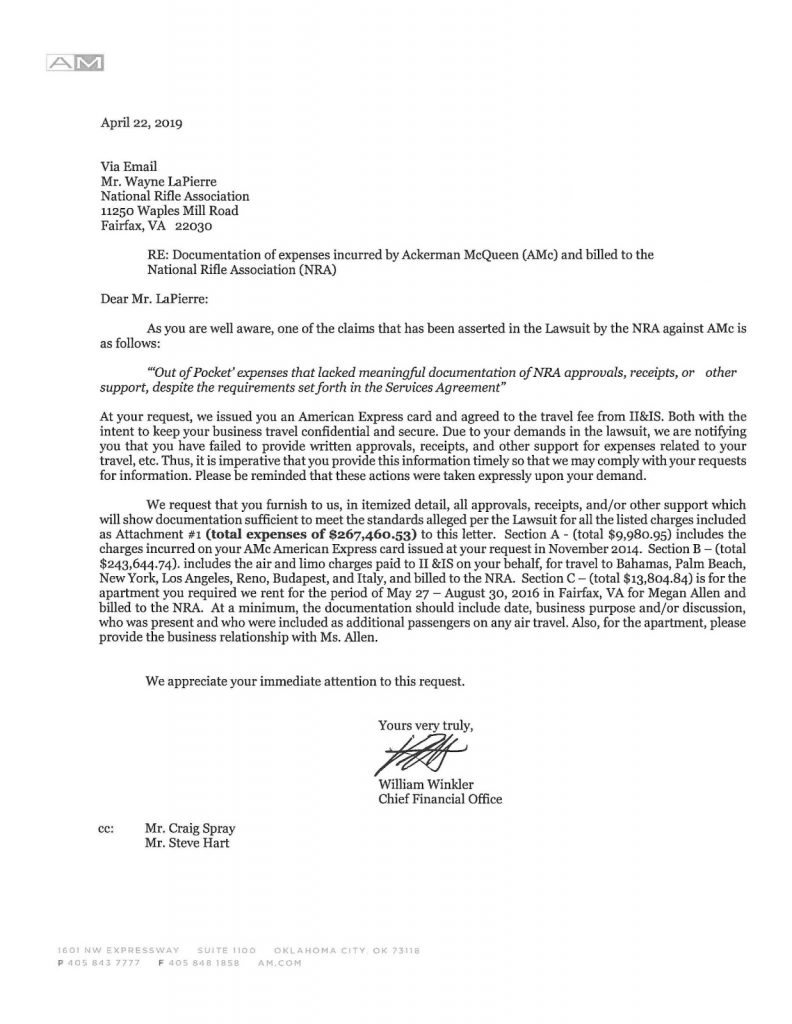 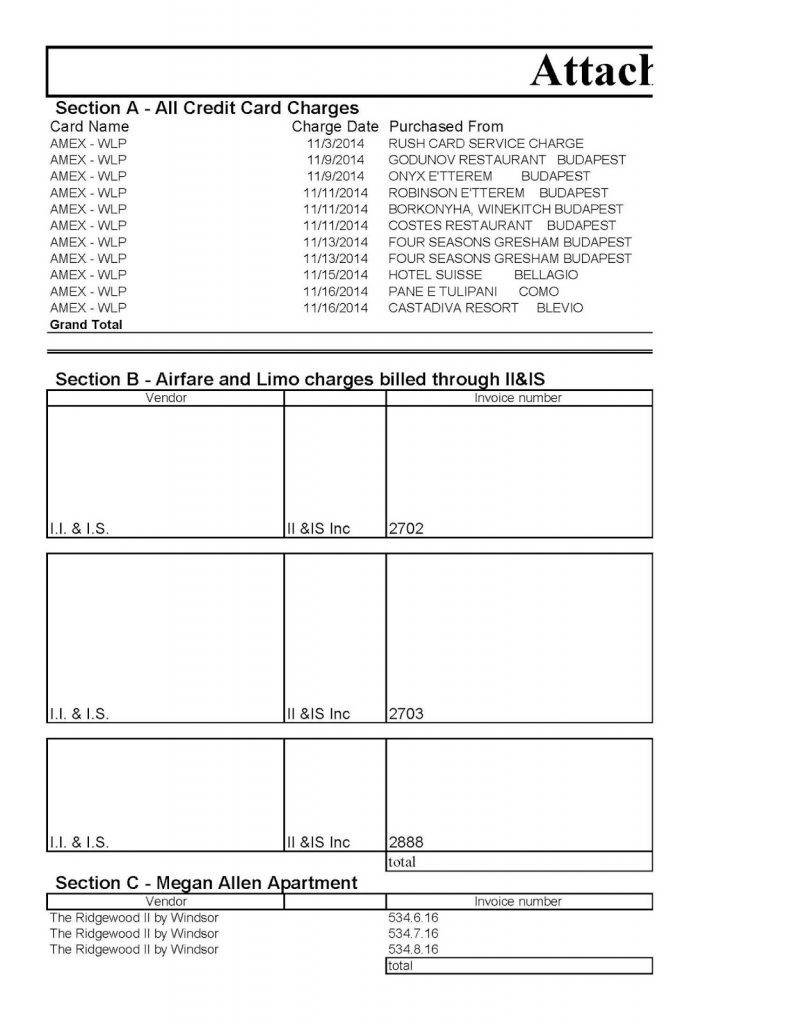 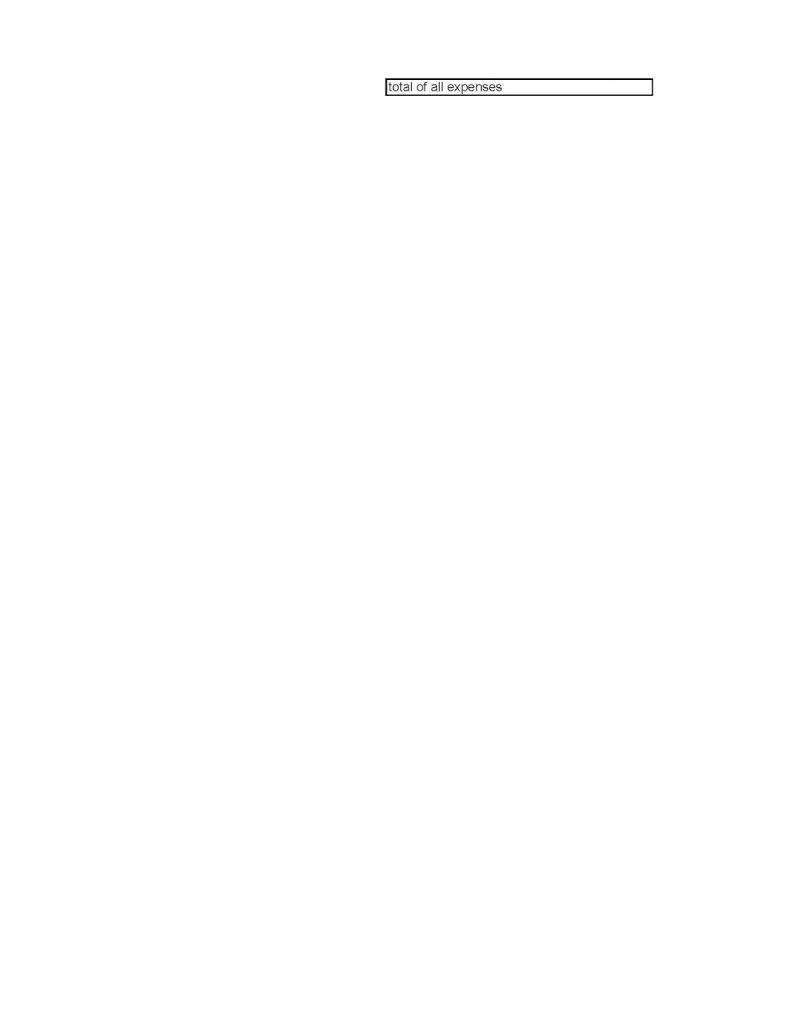 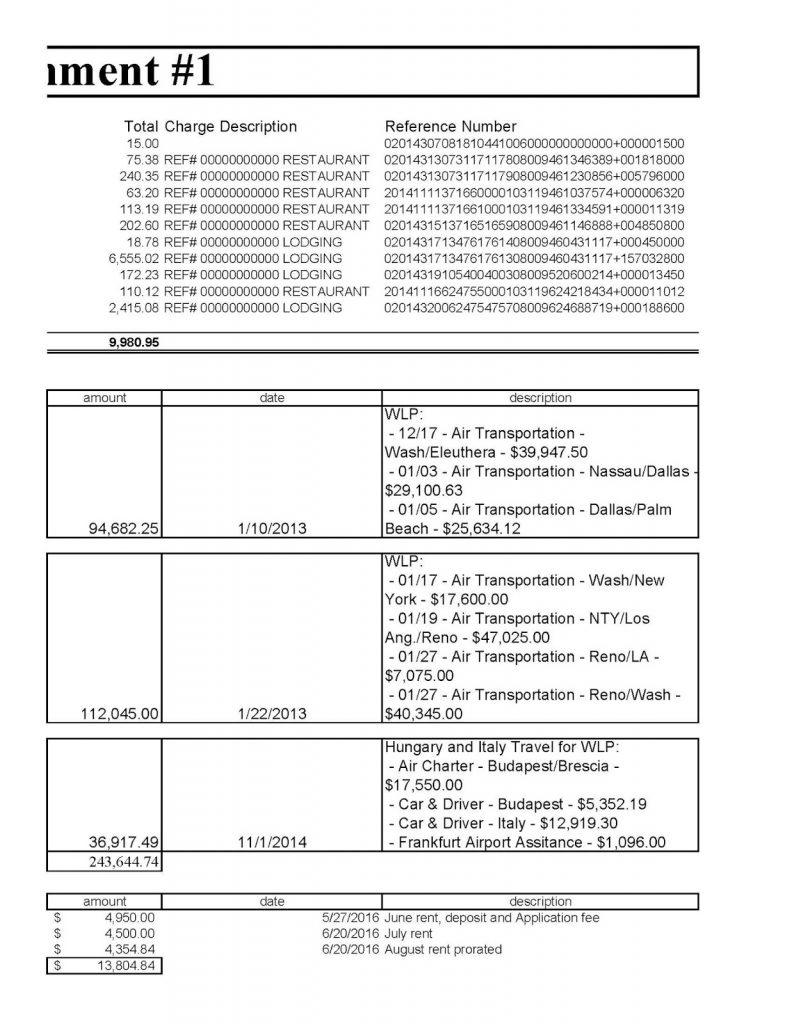 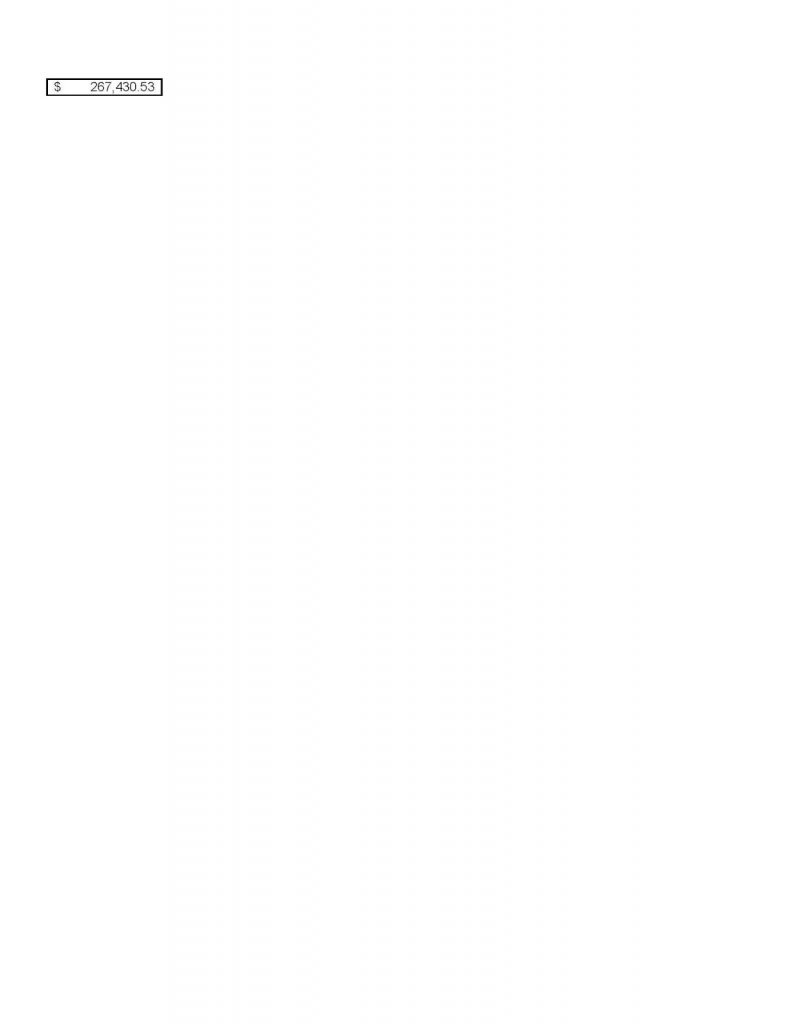 These photos of the letters seem to have been taken of a letter that was printed in landscape mode which explains why pages 3 and 5 only contain one line of data.

There has been much speculation about then-intern Megan Allen and why her apartment expenses were covered in part or full for three months.  I’m not going to get into these but I suggest you check out her LinkedIn page for her current position with the NRA and her work and educational background. Given the controversy, I’d do that sooner than later.  As to the apartment complex, The Ridgewood II by Windsor apartments are located in Fairfax.