By now, everyone should know that Ollie North is out as president of the National Rifle Association. I think it came down to a power struggle between Col. North and Wayne LaPierre over the direction of the NRA. Given the glaringly obvious support that LaPierre holds on the Board, North lost this struggle.

The most obvious indication of this was at the Meeting of Members on Saturday morning, April 27th, when the meeting convened and there was no Ollie. After the people on the stage were introduced, then-First VP Richard Childress addressed the meeting and read the following letter from Col. North. 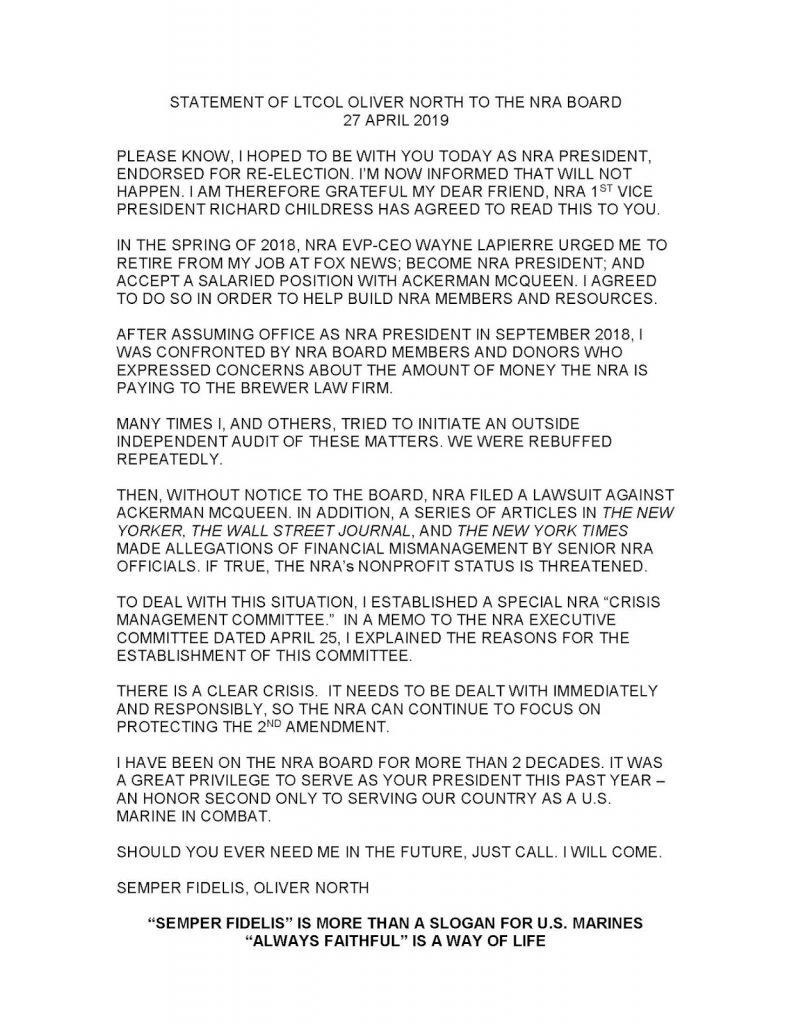 If I remember correctly, LaPierre just sat in his seat on the stage and shook his head a couple of times like he was disgusted. Later, after being glowingly introduced by now-President Carolyn Meadows, he went on to give his typical stump speech which ignored all the financial improprieties and the role of the outside counsel. Since it was apparent that most of the people attending the meeting get 100% of their knowledge of LaPierre from reading his columns in the NRA magazines, he got a standing ovation.

There are a number of other letters that have been posted to the Internet in the last couple of days regarding the NRA’s issues. They are now the basis for yesterday’s article in the Wall Street Journal and other places and I will be posting them. They are all photos of the actual letters. I will post them with little commentary and let you make up your own mind what to make of them.