As reported by Reuters and commented on here, over 70% of the comments received by the Bureau of Alcohol, Tobacco, Firearms, and Explosives were in favor of instituting an additional reporting requirement for multiple sales of semi-automatic rifles in calibers greater than .22. As I said then, it just didn’t pass the smell test.

I was correct. It doesn’t pass the smell test. ATF is correct in that 70% of the comments received were in favor of it. However, examining the comments that have been made available on the ATF’s Freedom of Information Act page, it quickly becomes evident that most of the pro-reporting comments were form letters sent by a bulk mailer program. The comments are identical and just strip in the sender’s name and address. The only variation was whether the comment was addressed to “Dear Barbara Terrell” or omitted that.

It’s time that Obama administration does more to crack down on the gun smuggling carried out by the Mexican drug cartels.

I strongly support the ATF’s proposal to require dealers along the border to report bulk sales of assault rifles, just like they already do with handgun sales. The ATF must use its authority to collect this information and better enforce the laws already on the books.

With more than 30,000 people already murdered in cartel wars, this is an emergency that demands our government’s immediate attention.

It didn’t take much effort to find the source of these form letter e-mails. It was from a site set up by our old friend Mayor Bloomberg and his Illegal Mayors in conjunction with Salsa Labs and Democracy In Action. They have tied themselves into this “progressive network” which also does work for the Democrat Party, the AFL-CIO, and various other causes and political organizations.

Just examining the comments submitted in the A through D files, there were 2,291 identical pro-reporting comments. Below you can see screen shots of the top half and bottom half of the page. Please notice the pre-written “comments” and the logo of the Illegal Mayors. 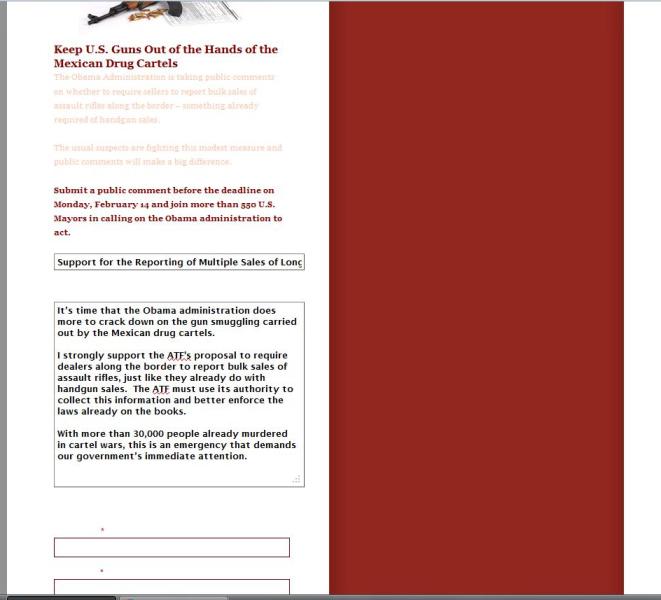 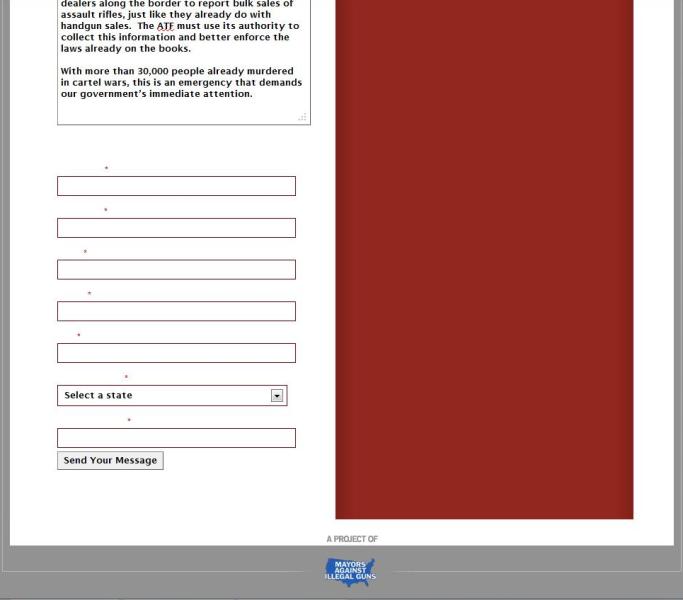 I won’t say I didn’t find pre-written comments opposing the measure – I did – but they were not nearly as common as those from the Illegal Mayors. I would hope that the ATF does not just look at the number of comments in favor of the reporting requirement but rather at the actual comments. While I don’t have any expectation of this, at least Congress might.