Unless you have been in a cave, the lead story in the news for the past couple of weeks as reported by the mainstream media has been about this man. 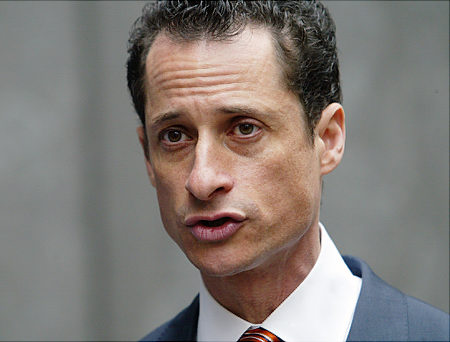 He is in the news because he was an idiot. He is married but sent a picture of his crotch to some female “admirer” living in the Seattle area. He thought it was going out privately but he sent it by Twitter.

You have heard very little in the so-called major media about this man who died in service to our country.

The first man is, of course, now-former Congressman Anthony Weiner (D-NY). I won’t bore you with the details except to say he is a narcissist and an idiot. The second man is U.S. Border Patrol Agent Brian Terry who was killed in Rio Rico, Arizona while on stake-out intercepting illegal aliens and drug smugglers. It is likely that he was killed with a firearm that was allowed to “walk” under an ATF operation called Fast and Furious.

The media has been following the Weiner story 24 hours a day, 7 days a week since it broke. As to Project Gunwalker and Operation Fast and Furious, only Sharyl Attkisson of CBS News and William LaJeunesse of FoxNews have been reporting on it. It has been virtually ignored by ABC News, NBC, the New York Times, and the Washington Post.

Let’s think about this for a minute. The first episode involves sexting, virtual cheating, and stupidity on the part of a venal man. The second episode involves a Federal agency who some believe – and I include myself – engaged in an operation who’s major purpose was to build support for new gun control laws. That operation involved straw purchases, subversion of their agency’s sworn duty, and allowing smuggling of guns into another sovereign nation in violation of that country’s laws. Two Federal law enforcement officers are now dead as well as an estimated 150 or more Mexican citizens thanks to the use of these “walked” firearms in the hands of the narco-terrorists.

What the hell is wrong with the mainstream media in this country that they virtually ignore a scandal that surpasses Iran-Contra and may border on Watergate to concentrate their efforts on a former darling of the Left who screwed up? The only thing hurt by Weiner was his family, his reputation, and his pride.

As I said, misplaced priorities.