Elite Ammunition of Harvard, IL received a visit from “an ATF SWAT Team” today and was served a search warrant. From the post this afternoon on AR15Armory.com by Jay Wolf, President of Elite Ammunition:

Currently from other bullet makers like Barnes, solid .223 caliber bullets are still being manufactured and sold . We are working with our BATF IOI person to find out the following,

A) Is Barnes bullets and all other maker that constructs solid bullets in .223 going to have to stop.
B) If not then why do we have to stop since out basic shape and metallurgical content of our PFP bullets are the same as theirs?
C) Since they are now handgun caliber limited how does Magtech solid copper pistol bullets not fall under the 68 GAC as AP?
D) If Solid copper is not considered a violation of the 68 GAC in handgun bullets then it should also be not a violation of the 68 GAC to make EA’s PFP bullets from solid copper as Magtech does.

Those who have T6 ammunition and PFP bullets will be contacted by the BATF to recover any bullets or ammunition that have not been FIRED yet.

I apologize for this inconvenience and hopefully we can get this matter straightened out one way or another.

The Trident bullets in question are made of turned homogenous copper zinc alloy. Pictures can be seen below. From what I can tell, they are very popular with hog hunters. They are described as ” Extremely accurate with friction reducing cuts allowing for higher velocity and lower pressure. These bullets provide great penetration of a solid, but with the cuts fragmentize after entering the target.” 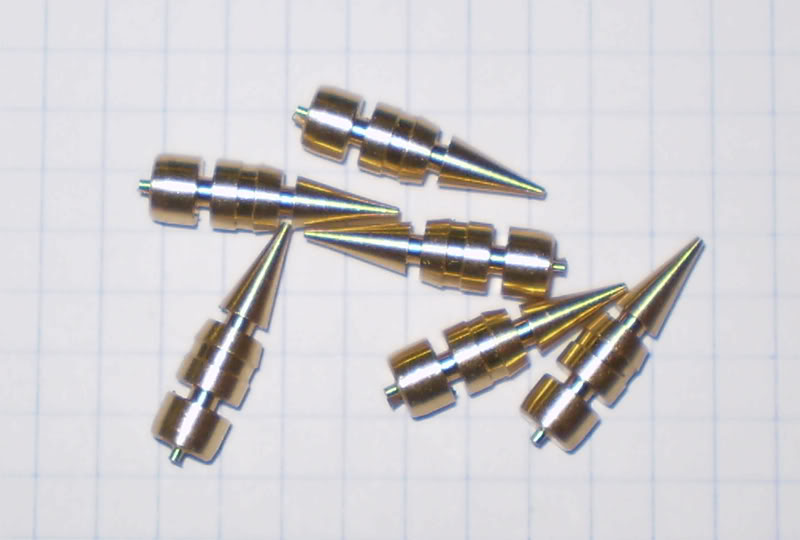 UPDATE: Sebastian at Snowflakes in Hell has more on this including the Federal regulations in question. Depending upon the specific composition, copper zinc alloys can be considered brass and might be problematic if considered a handgun round.

UPDATE II: The owner of Elite Ammunition made a further post this morning about the raid and what was taken by ATF:

Yes we where raided. 15 grand in stock taken off our shelves, computers and anything else they wanted.

They had a ruling and it was created the day before. The search warrant was created late that afternoon of the same day and in the morning the 8 ATF folkes where coming through my door.

They let me look at it but not make copies and did not bring copies for me of the new interpretation.

3 thoughts on “In Other ATF News… (Updated)”