Kinde Durkee and her firm are long-time campaign consultants and treasurers for many California Democrats. As the New York Times says,

For almost 15 years, Kinde Durkee has been one of the go-to accountants for Democratic candidates in California. She and her firm kept track of expenditures and contributions and made sure that candidates and party committees’ campaigns complied with California’s tangled election finance laws.

Her firm, Durkee and Associates, proclaims itself an accounting and business management firm specializing in campaign finance.

Durkee and Associates is an accounting and business management firm that specializes in political, non-profit and small business accounting and financial management. Since 1972 we have worked for 5 presidential campaigns, 4 gubernatorial campaigns, numerous senate, congressional, state and local candidates, initiatives, political action committees and many non-profit associations and small businesses. Our proprietary reporting software handles electronic filing to both the Federal Election Commission and the California Secretary of State.

Unfortunately for all these campaigns and candidates that put their money in her hands, she is now the Bernie Madoff of California politics. Durkee was arrested on September 2nd by the FBI for stealing money from the campaign coffers of Assemblyman Jose Solorio (D-Anaheim). It is estimated that she stole almost $700,000 from his campaign accounts to use for personal purposes. Durkee, pictured, below also had control of an estimated 400 campaign accounts. 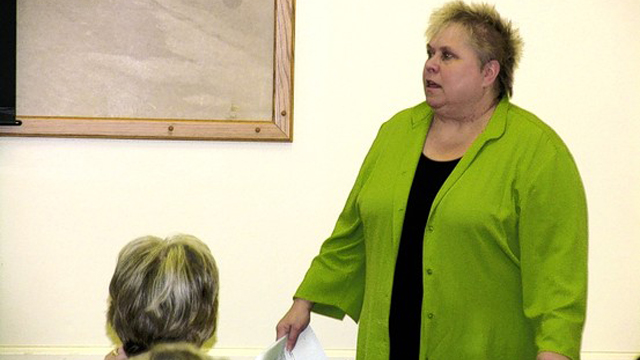 one of the checks she paid to American Express was for $16,855, which in turn went to charges at Amazon, Baskin-Robbins, Turners Outdoorsman, Decker Surgical, Ariel’s Grotto at Disneyland, TIVO and Bixby Animal Clinic, among others.

A number of anti-gun politicians may have had their campaign war chests wiped out by Durkee. In addition to Assemblyman Solorio, NRA-rated F and who voted this year to ban unloaded open carry (AB 144), they include such leading California Democrats as Sen. Dianne Feinstein (F-rated), Rep. Susan Davis (F-rated), and Rep. Loretta Sanchez (D-rated). To make matters even worse for them according to the San Francisco Chronicle, they don’t know how much she has taken.

Sen. Dianne Feinstein’s $5.2 million re-election war chest may or may not be “wiped out” by a trusted – and now arrested – treasurer, campaign officials for California’s senior senator suggested Tuesday.

Bill Carrick, Feinstein’s top campaign consultant, said First California Bank, which holds the campaign funds for Feinstein, Reps. Loretta Sanchez and Susan Davis and others involved in Kinde Durkee’s alleged fraud, will not allow anyone access to the accounts without signing a release that indemnifies the bank against lawsuits.

5 thoughts on “Was She Really A NRA Operative In Disguise?”