In the last couple of weeks, a supposed gun blog appeared out of nowhere saying it was going to be the new paradigm. I think it was called Choke and Blunder or something like that. Part of the marketing campaign for this blog included insulting well-known bloggers, setting up “profiles” for nonexistent (and unwilling) participants, and posting many over-the-top comments when criticized. Suspicion has grown that this is a false-flag operation run by one of the gun prohibitionist organizations.

Thanks to some enterprising souls who shall remain nameless, a parody of this suspect blog has now appeared. 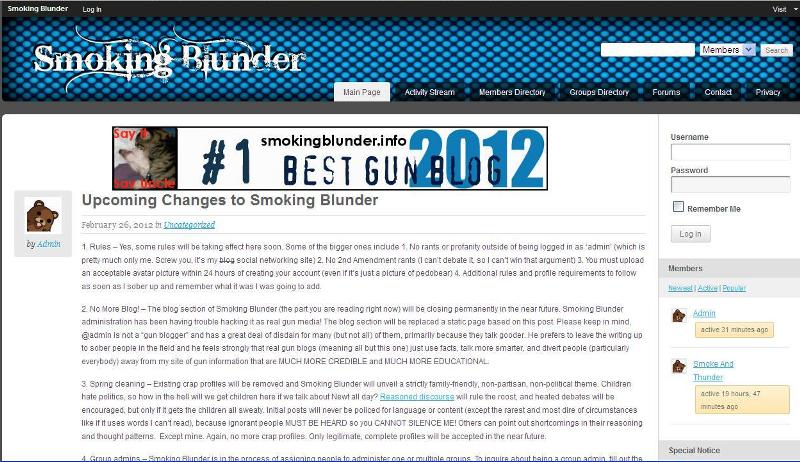 The parody blog, Smoking Blunder, can be found here. Share this link with your friends.

2 thoughts on “I Just Love Parody”