There must be something in the water up in Massachusetts. I can’t think of anything else to explain the propensity of liberal Democrats to sit atop heavy metal to prove their toughness.

First, there was former Gov. Michael Dukakis who rode on a M1A Abrams tank in 1988. That image plus the Willie Horton ads probably doomed his presidential campaign as much as anything.

Now we have Harvard Law professor and US Senate candidate Elizabeth Warren pictured astride a Harley. You can almost hear her saying, “Vroom, vroom!” It was tweeted by Emily’s List which seeks to support liberal female candidates. However, it was pretty stupid as people are already calling it her Dukakis moment. 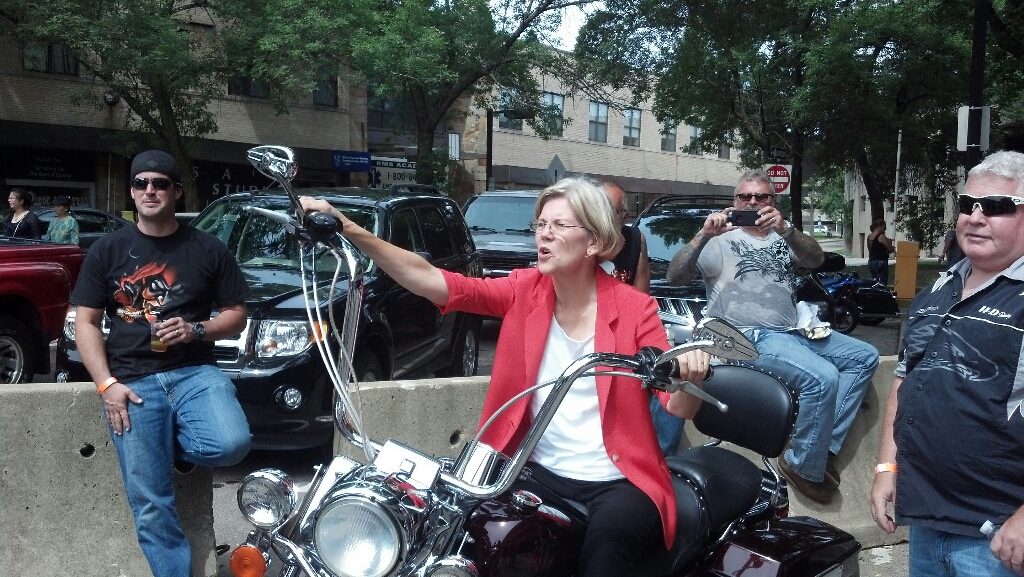 Rather than calling it a Dukakis Moment, I think Fauxcahontas just wants to be like JayG of the gun blog MArooned.

One thought on “A Dukakis Moment?”