Today I received an email flyer from Sam’s Club which featured this week’s top sellers. Some of the stuff was fairly obvious with students going back to school such as a couple of laptops and the Nexus 7 tablet.

Other stuff caught me by surprise. This included a 10kw gas-powered generator and Augason Farms Emergency Food Storage Kit which is supposed to feed four people for one year. This latter item sells for $2,774 which is a substantial sum.

I could see the generator selling with all the news about Hurricane Issac. However, the long-term storage food is a bit surprising. It does fit in with the post I did yesterday about a story from The Anchoress detailing people in her area buying firearms and stocking up on food as they don’t trust Obama and his cronies. 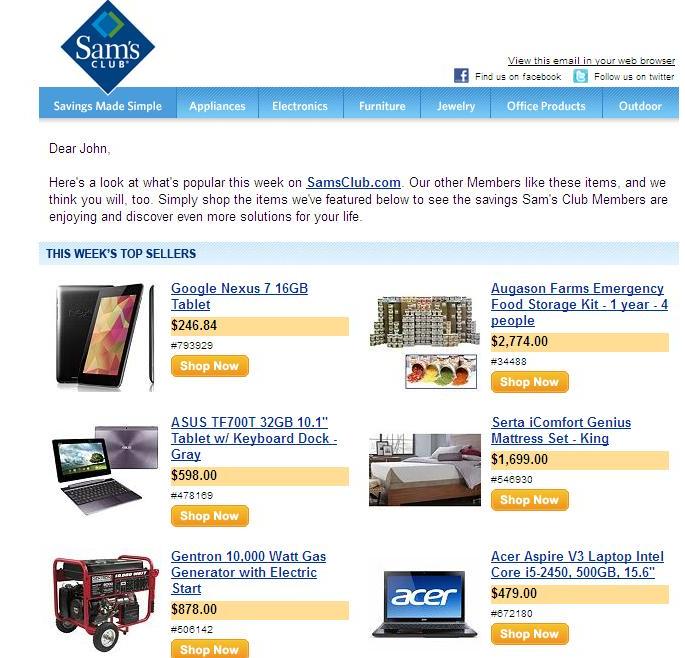