Yesterday I received an email from Leonard Embody with a link to the picture below. 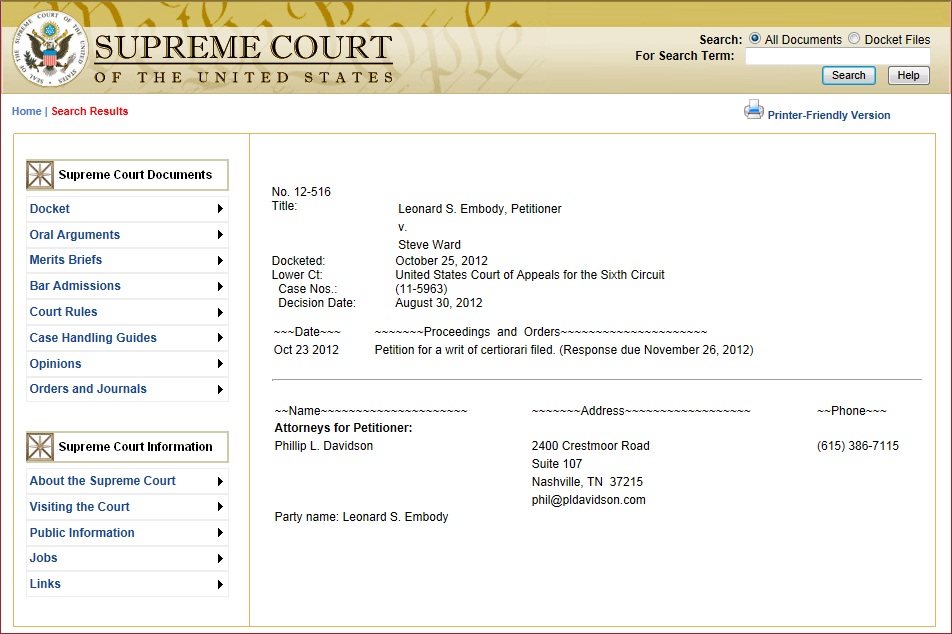 Obviously, he wasn’t happy with how the US District Court for the Middle District of Tennessee and the 6th Circuit Court of Appeals treated his original complaint (they both dismissed it) and now is seeking a writ of certiorari from the US Supreme Court. His petition can be found here.

I am sure Mr. Embody believes he is right and believes his cause is noble. However, as the longshoreman-philosopher Eric Hoffer noted in his book The True Believer, nothing is as dangerous as the true believer. The danger here is to our Second Amendment rights for this is a case that the gun prohibitionists would love to use in their efforts to stamp out carry outside the home.

UPDATE: Dave Hardy at Of Arms and the Law provides his take on Embody’s quest. Make sure to read the comments as well. As Dave notes:

It was lucky — actually, luck had little to do with it, it appears to
have been SAF’s strategy as amicus — that the Second Amendment didn’t
take any damage.

2 thoughts on “I Just Shake My Head”