The National Shooting Sports Foundation released their adjusted NICS check numbers for the month of December and they are almost off the charts. 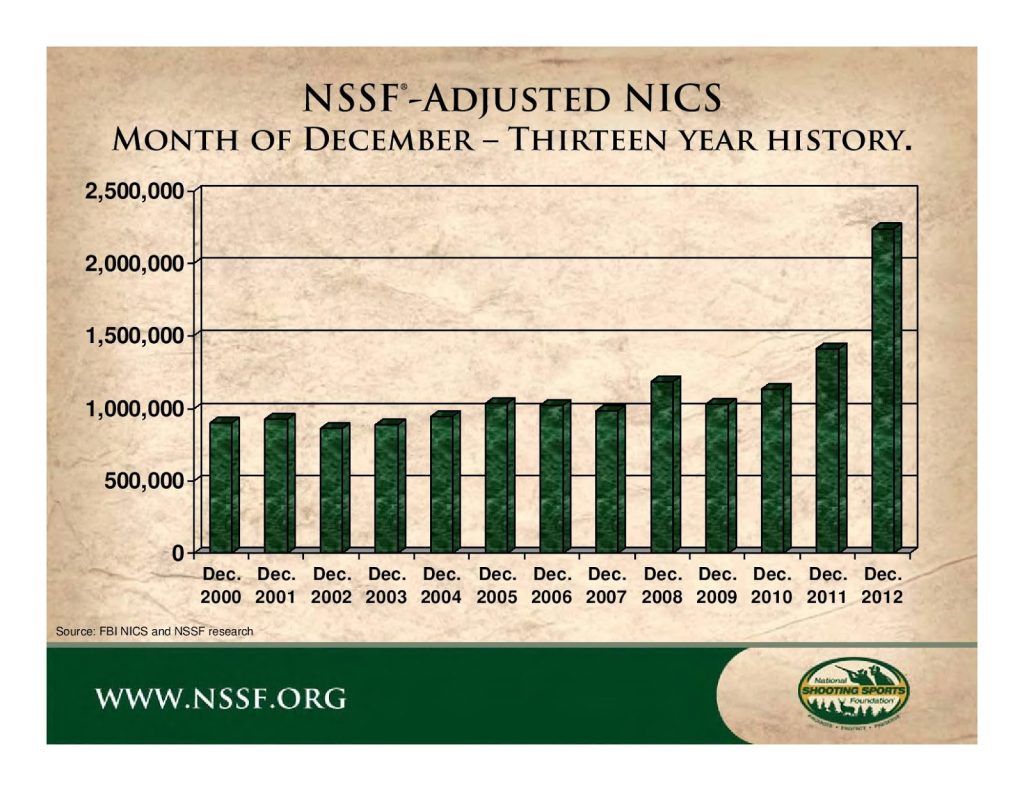 Above is the graph of the NSSF-adjusted NICS checks for the last 13 Decembers. The only decrease over the previous since Obama was first elected is December 2009. That probably was reflective of the surge the prior year.

Here are the numbers as reported by NSSF:

December 2012 also marked the 31st straight month with increases over the same month in the prior year. 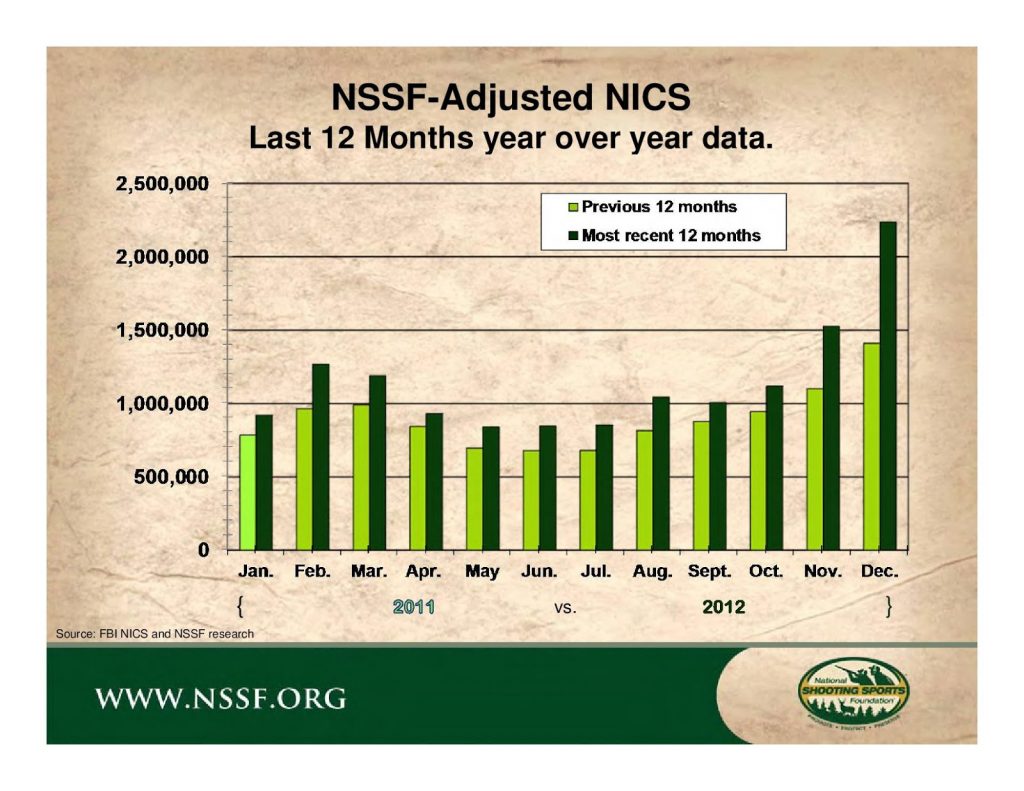