Today is the official birthday of the United States Air Force. It marks the day in 1947 that the Army Air Force was made its own branch of the armed services.

It is also, fittingly enough, the birthday of the Complementary Spouse whose father, brother, and sister-in-law have all served as US Air Force officers.

So happy 66th birthday to the USAF! 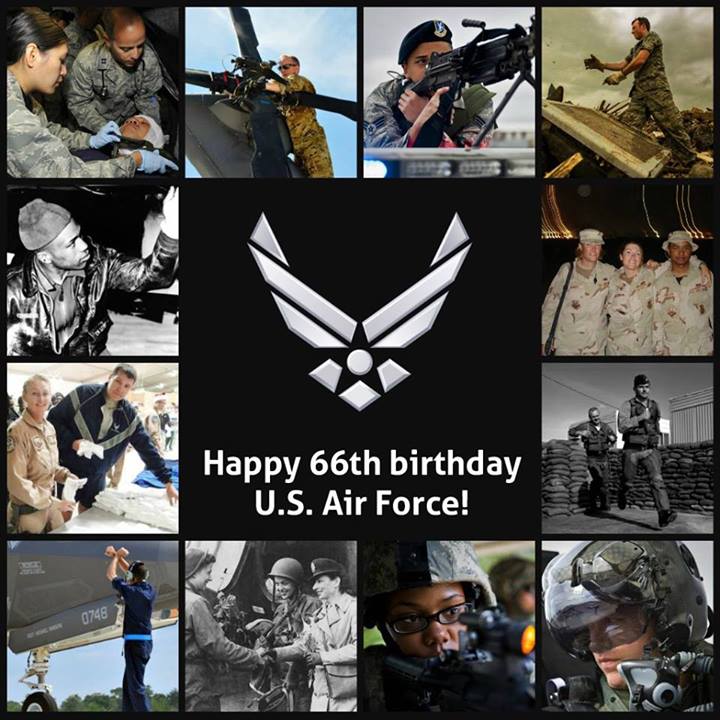