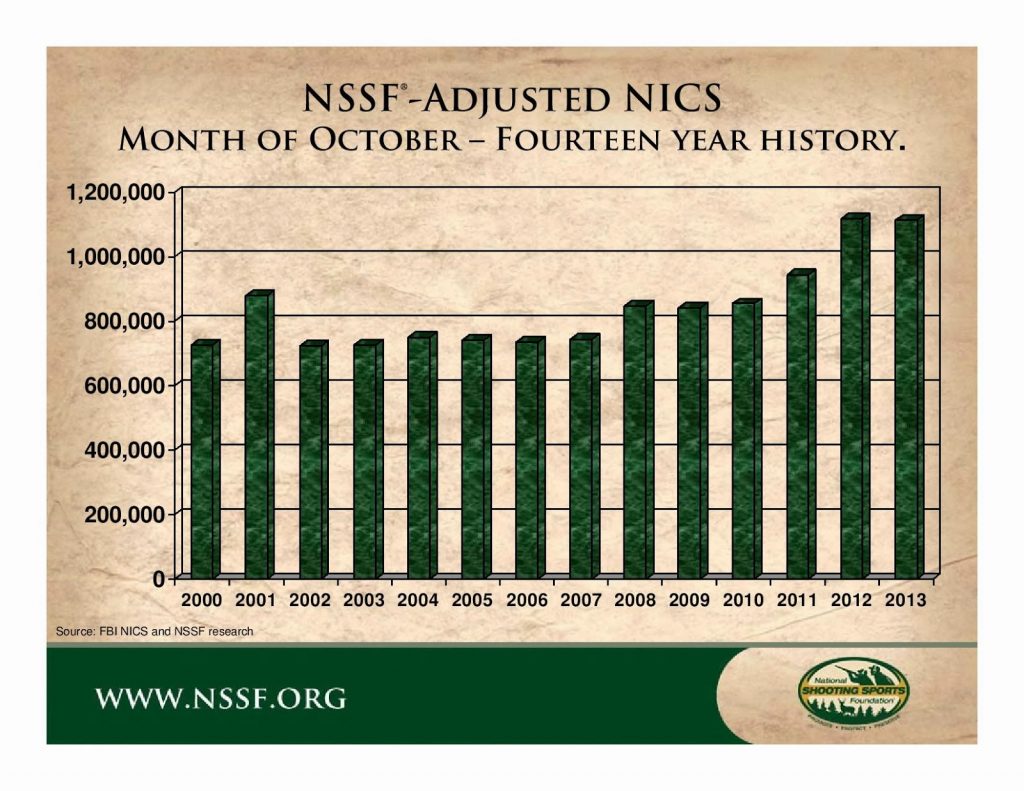 The next chart is quite interesting. It shows the last 12 months of year over year data. You can see the spike in December 2012 and January 2013 presumably caused the shooting in Newtown and the attendant rise in the call for more gun control. After that, it follows the more normal curve of trending down towards summer and then starting to show a rise as the hunting season arrives. 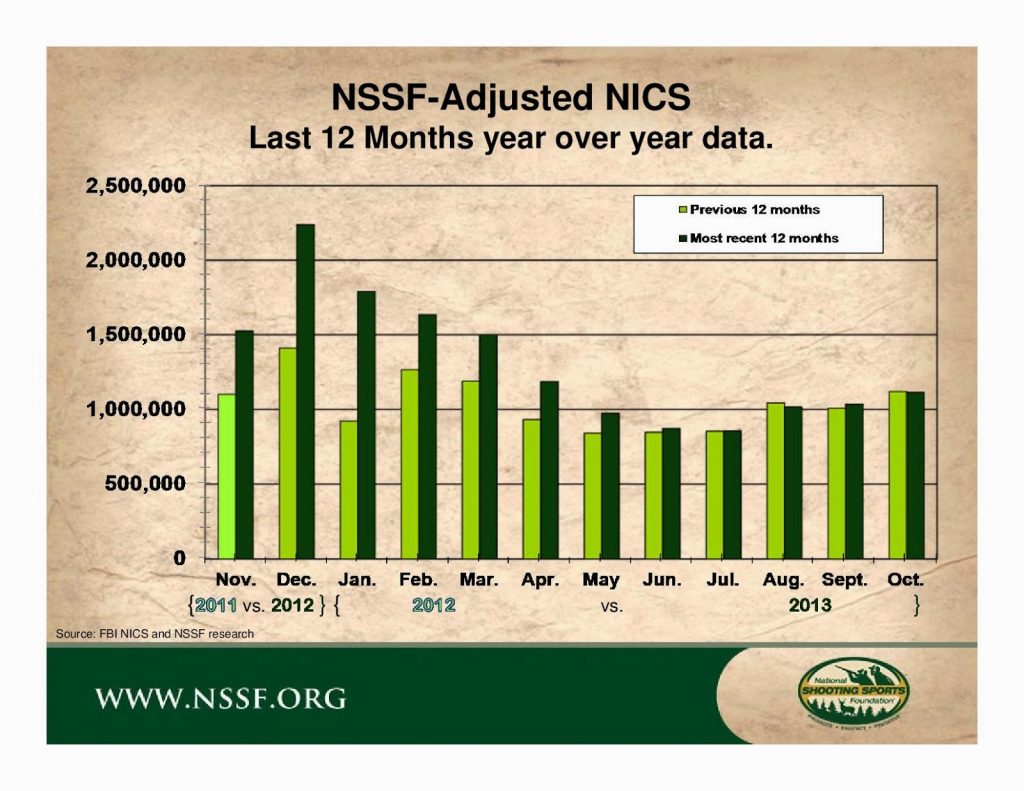 As the distance from the tragedy in Newtown has grown, the year over year gains have diminished until in August and October they actually show decreases. I think that we are at a new normal with some months being higher and some months being less.That said, the slight increases and decreases will be at a much higher base than pre-2012.

While the NSSF-adjusted NICS checks are not a perfect correlation for gun sales, they are a good indicator of them. For the firearms industry the great growth spurts may be over and their backlogs decreasing but they are still producing at a level that is significantly higher than in the past.