I went 56 plus years without breaking anything more serious than a toe. Ending that streak was not how I wanted to end 2013 or begin 2014.

I misjudged a step and got what we thought was a badly sprained ankle. The radiologist begs to differ.

My knowledge of human anatomy is somewhat lacking so I had to search the Interwebs for some pictures of these bones. Translated to plain English, I broke the ankle bone on the inside part of my leg and probably broke the other leg bone near the end.

The nurse, physician, and X-ray technologist at the urgent care center where I went this afternoon were all really nice and really great. They did a really quick job of splinting my leg once they confirmed it was broken. 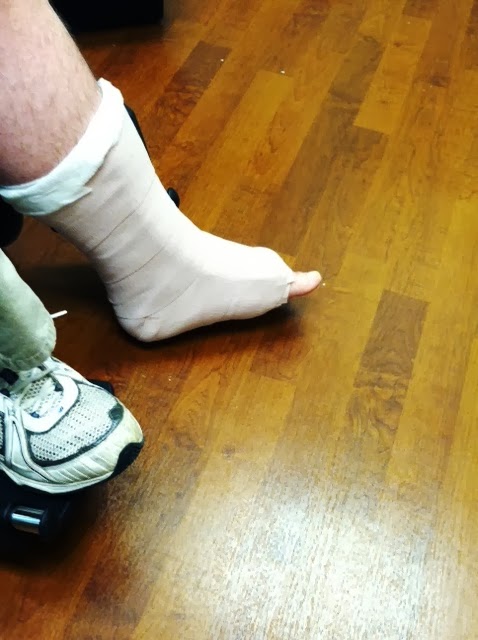 I am fortunate that it isn’t worse and that it doesn’t hurt more. While I was offered some powerful pain meds, ibuprofen seems to be keeping the pain and discomfort at bay. My biggest problem is learning to use crutches without causing myself more harm.

I have gained an even greater respect for those in our armed forces (or anyone, for that matter) who have suffered much more traumatic injuries to their lower limbs. Being forced to rely on crutches for even this limited period really puts the inconvenience of it all into perspective.

I am lucky to have the Complementary Spouse who is a highly experienced registered nurse caring for me. She makes sure I am doing things right and avoiding doing stuff that would make it worse.

I go to the orthopedic doctor tomorrow to get my “real” cast. With luck, I’ll be able to ditch the crutches sooner than later.

UPDATE: First, let me thank all who have sent their good wishes. I really appreciate it.

Met with the orthopedist this morning. He said my bones were very strong which kept the break from being worse. He also noted that the force had to be pretty strong to have broken my leg.

The doc said no surgery was indicated and that I could get by with an orthopedic boot instead of a cast. The boot will make it easier as I can take it off when needed.

All in all, while I wouldn’t have wanted to break my leg, it wasn’t nearly as bad as it could be. 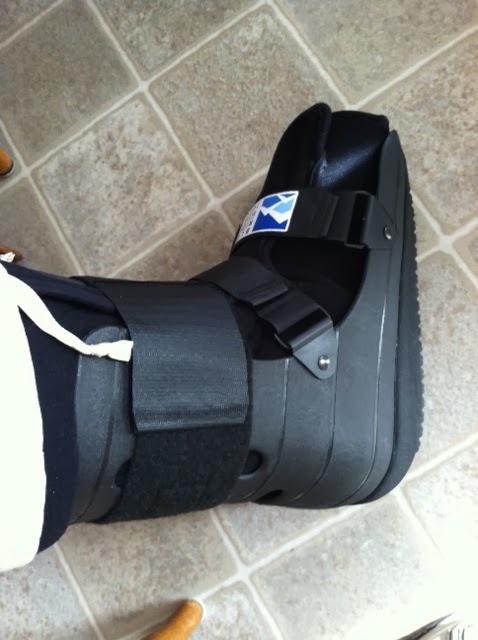