Everytown Moms for Illegal Mayors decided to hold a little protest at a San Antonio, Texas Target store. Jamie Addams, the San Antonio regional ambassador for the gun control group, said “they were armed with clipboards and children” but were still asked to leave.

Armed with children? Isn’t that what warlords in sub-Saharan Africa have been accused of doing with their child soldiers? Hasn’t this become an issue for UNICEF?

Rebels in Mozambique started the use of children in the early 1980s. As the New York Times notes in a story about child soldiers, they are the perfect weapon. Children are “easily manipulated, intensely loyal, fearless and, most important, in endless supply.” Could that be the reason Everytown Moms uses children as “arms”?

The real story here isn’t that the Target store manager told the Everytown Moms to move along which was nice. Rather it is the comments of the Everytown Mom’s “regional ambassador” regarding the organization’s use of children as tools in their war on civil rights. Children should not be used as tools or props or weapons.

UPDATE: The picture below is from an Everytown Moms for Illegal Mayors protest outside a Target store in Pennsylvania. I count four “child warriors” in the picture with (what appears to be) a fifth on the way. Tell me that any of those kids is old enough to articulately explain why they are there and why they are protesting Target’s policy of abiding by local laws. While the Catholic Church may consider the “age of reason” to be 6 or 7, I doubt you could extrapolate that to protesting for gun control.

If I had to guess, the woman who is standing second from left is the leader of this little group. I wonder if she is being paid with Bloomberg money. Does anyone know who she is? 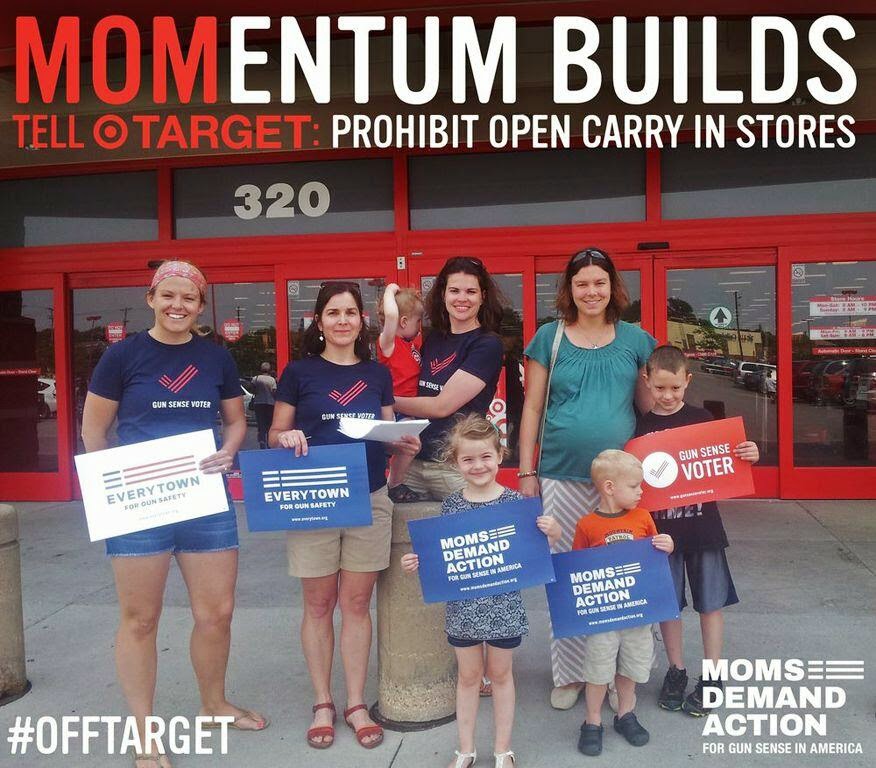 4 thoughts on “Armed With Children?”