I’ve been wanting to visit the new Cabelas store located in Greeenville, South Carolina since it opened earlier this year. I suggested that we drive down there on Saturday and the Complementary Spouse agreed After all, it is only a hour’s drive or so from Asheville to Greenville.

The Greenville store is what Cabelas considers their next generation store. In other words, much smaller than their massive stores like the one in Hamburg, Pennsylvania. I visited that store a number of years ago and was blown away by it.

I wasn’t really looking for much to buy at the store. I needed a new Cabelas cap as mine was old and ratty. I also wanted to check out the Gun Library and the Bargain Cave. Of course, I expected to make a few impulse buys but not exactly what I came home with. More on that later. 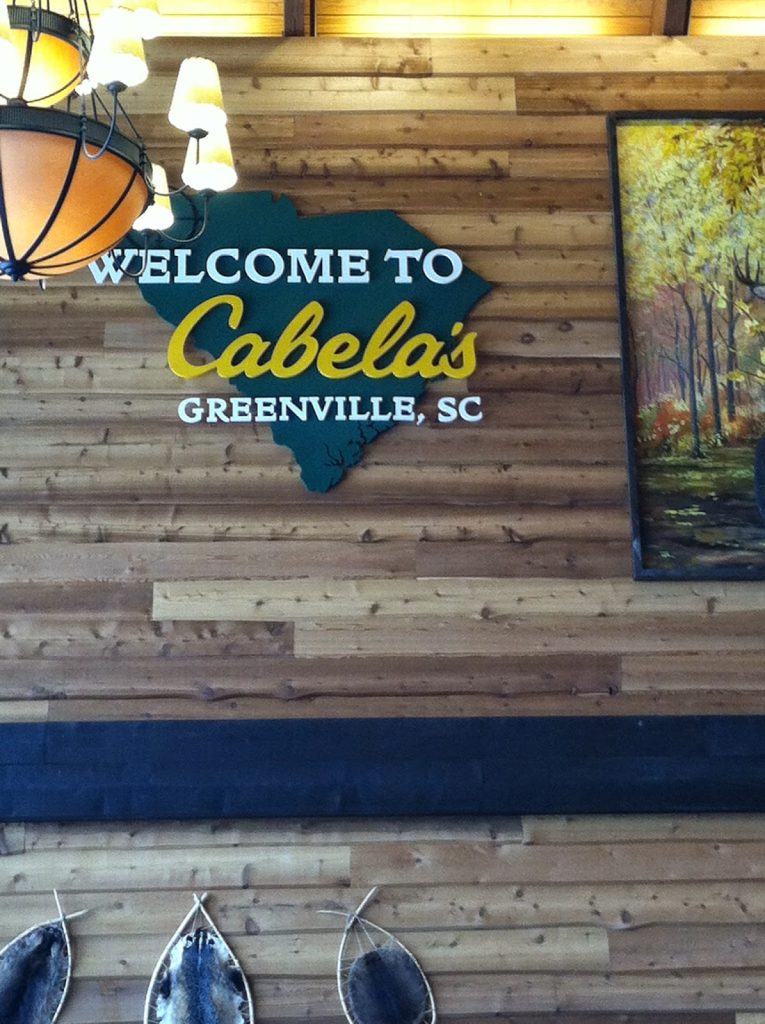 The entrance to the store had a massive fireplace with a sitting area and a number of specimen mounts. The style is what one would expect for an outdoor destination store like Cabelas or, for that matter, most Bass Pro Shop stores. 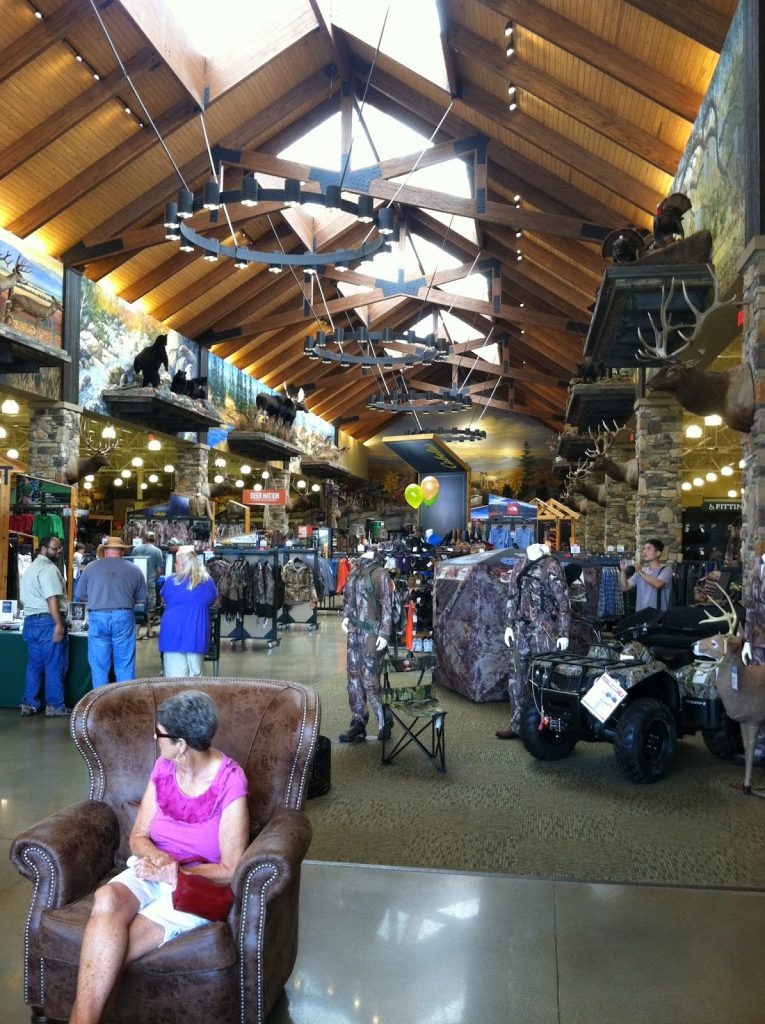 It is a nicely laid out store with the clothing sections in the middle, the hunting and guns on the left side of the store, and the fishing and camping stuff on the right side of the store. As to location, it is about a block or two off of Interstate 85 at Exit 51. I think the store might make a good place for a blogger meetup as it has a conference room and a grill. The Greenville location is about an hour from Asheville, 1 1/2 hours from Charlotte, and about 2 hours from the Atlanta metro area.

The Gun Library had some impressive firearms with equally impressive prices. The display cases had everything from Colt revolvers to high-end nicely engraved Browning Superposed double shotguns. The entrance is flanked by a pair of elephant tusks. I’m not sure if they really were ivory or just replicas but it still makes for an impressive entrance-way.

Just outside the Gun Library were four double-level, double-sided racks of used long guns. And that is where I met my downfall. As I said earlier, I had only wanted to check the place out and buy a cap plus maybe something from the Bargain Cave. My downfall was a FN Mauser in 6.5×55 Swede mounted in a California-style walnut stock (rollover stock with exaggerated palm swell and contrasting wood tip). The scope that was mounted on it was an older Bushnell 2.5 Banner scope made in Japan. It has a nice, crisp trigger with no creep. I haven’t put it on my trigger gauge yet but I’m guessing it is set at about 3 lbs.

The best part is the price was about what you’d pay for a Ruger American if you paid full retail. I’m going to have to do some research on it but I’m thinking it was a FN barreled action that was customized once it got to the US. There are no gunsmith markings that I can see without pulling the action from the stock. It does have the customary Belgian proof marks and the action is marked “FAB. NAT. D’ARMES de GUERRE” with “HERSTAL – BELGIQUE” underneath it. (I’ll get pictures up as soon as I have time to take some decent shots of it.)

I have to say that Cabelas was very organized and very efficient in checking you out with a firearm purchase. It was the first time I ever filled out the Form 4473 using a computer though I did sign a printed copy of it. The only lag was getting the purchase paperwork and Form 4473 double checked and signed off on by two “team captains”. The cashier then walks you out the store and takes off the trigger lock at the entrance. It is obvious that Cabelas wants to make sure the paperwork is correct, that BATFE is happy, and that negligent discharges don’t happen while the firearm is still in their store.

The final stop before arriving home was at one of the many fruit stands dotting north Greenville County to pick up some fresh South Carolina peaches. I don’t know who grows the better peaches – Georgia or South Carolina – but these were mighty good.

6 thoughts on “Road Trip To Cabelas”