Before I went to the SHOT Show this past week, I asked readers if they had questions that they wanted answered or products for me to check out. With one exception, I was able to check out all the companies and products. Unfortunately, Ross & Zheng Engineering was not one of the SHOT Show exhibitors do I couldn’t check out their Unimag.

Ronald W. asked about whether Robinson Armament was planning to release their XCR-L in 6.5 Grendel. Currently it is only available in .223, 5.45×39, 6.8 SPC, and 7.62×39. Representatives of the company said they have done chamber drawings of 6.5 Grendel and have the reamers on hand to do the barrel. They did say they haven’t had a great demand for this caliber so it might be a while before they release it.

Danno asked me to check out the Chiappa X-Caliber and give my opinion of it. When I stopped by their booth, I spoke with Giada Chiappa, the granddaughter of the founder, about the combo gun. She said they were aiming for the prepper market with their conversion tubes. The intent is to be able to fire just about any ammo you can find. You can see the X-Caliber with the eight barrel conversion tubes. The gun itself is chambered in 12 gauge and .22 LR. 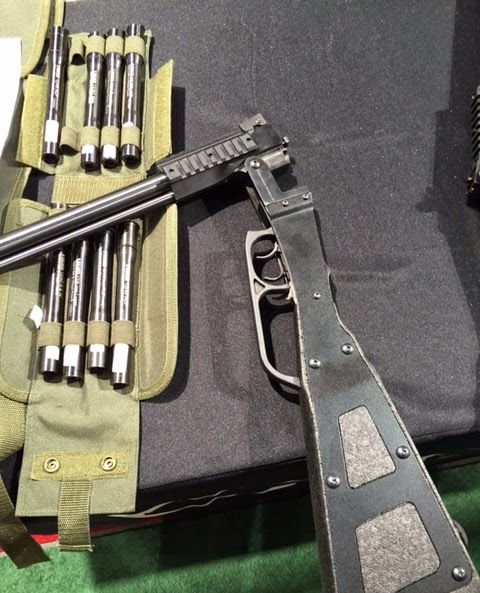 The trigger guard is the lever used to break open the gun. While the official weight is 5.8 lbs, it feels heavier. The triggers seemed OK but the stock was a bit short for me and I’m not a tall person. I don’t know the MSRP for the X-Caliber but I found one on GunBroker.com for $750. It is an interesting concept but I think something like a Ruger 10/22 Take Down might be more useful at a much lower price.

Mark C. asked whether Winchester Repeating Arms had any intention of releasing the Model 70 with iron sights like they did in earlier years. The answer is no. The only Model 70s that will come with iron sights are the Alaskan and Safari versions.

Anon. wondered when or if Rhino Arms planned to release their AR-10 in 12 gauge. They had a pre-production model of the AR-10 12 gauge in their booth. A spokesman for Rhino said it probably would not be released before 2016. They are in the process of sourcing the magazines for the shotgun. What caught my eye at their booth was their PDW and their shotgun shell holders for 3-gun competition. You can see a picture from their Facebook page of the PDW below. 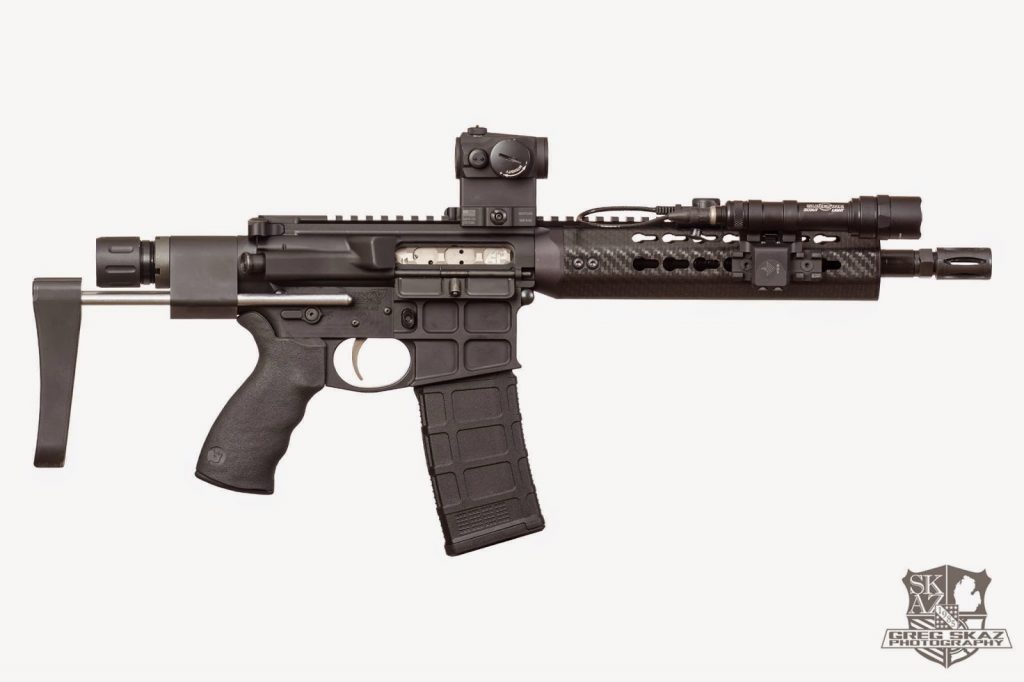 Anon. asked about the Sig P320. He wanted to know if it would be available in .45 ACP and 10mm. He also wanted to know if subcompact versions were being released. The Sig P320 is available in both full-size and compact versions now in 9mm, .357 Sig, .40 S&W, and .45 ACP. There are no plans to offer it in 10mm. Their representative said that is going to be limited to the P220. Subcompact versions are in the works. The Sig P320 is a lot like the P250 in that the chassis is the serialized item. Grips, barrels, and slides can all be exchanged on the one gun.

Finally, a bit of gossip about Glock. While they released a number of new models that were optics ready, they still haven’t released a single stack 9mm. Some people wondered if they were going to do a surprise reveal on Thursday. They didn’t but it would have been a great marketing ploy. Now for the gossip. According to one of their booth representatives, the single stack 9mm is in the works and probably will be released at the NRA Annual Meeting in April. I’m sure they will sell all they can produce.

UPDATE: One thing I forgot to add. Someone asked me and I forget who about Magpul magazines for the Ruger Mini-14. The answer is no. They don’t have any plans to develop a magazine for the Mini-14 at this time. My guess is that they will never have a Mini-14 magazine just because it isn’t popular enough.

4 thoughts on “SHOT Show: You Had Questions; I Have Answers”