You know that a Republican candidate has hit a nerve when all the mainstream media try to gang up on him (or her). The latest case in point is the mainstream media’s breathless attacks on Dr. Ben Carson for daring to suggest that the disarming of the Jews by the Nazis helped facilitate the Holocaust.

Carson made the suggestion in his new book A Perfect Union.  From ABC which made the issue one of their lead stories on the ABC Evening News with (anti-gun) David Muir.

In Carson’s new book “A Perfect Union,” Carson writes that “through a combination of removing guns and disseminating propaganda, the Nazis were able to carry out their evil intentions with relatively little resistance.”

Wolf Blitzer got in on the breathless outrage with the interview below:

What I found particularly sad was this comment from a spokesperson for the Anti-Defamation League:

“Ben Carson has a right to his views on gun control, but the notion that Hitler’s gun-control policy contributed to the Holocaust is historically inaccurate,” said Jonathan Greenblatt, National Director of the organization. “The small number of personal firearms available to Germany’s Jews in 1938 could in no way have stopped the totalitarian power of the Nazi German state.”

I might remind Mr. Greenblatt that a very small number of firearms allowed Jewish resistance fighters to keep the Waffen-SS at bay in the Warsaw ghetto from April 19, 1943 until well into May. The final resistance was crushed on June 5th.

As to the rest of the media, I think a simple picture will suffice to say that Ben Carson was correct in saying the lack of arms allowed the Nazis to perpetrate their crimes with relative impunity. If a picture won’t suffice for the mainstream media, here is a link to the book so they can read it. 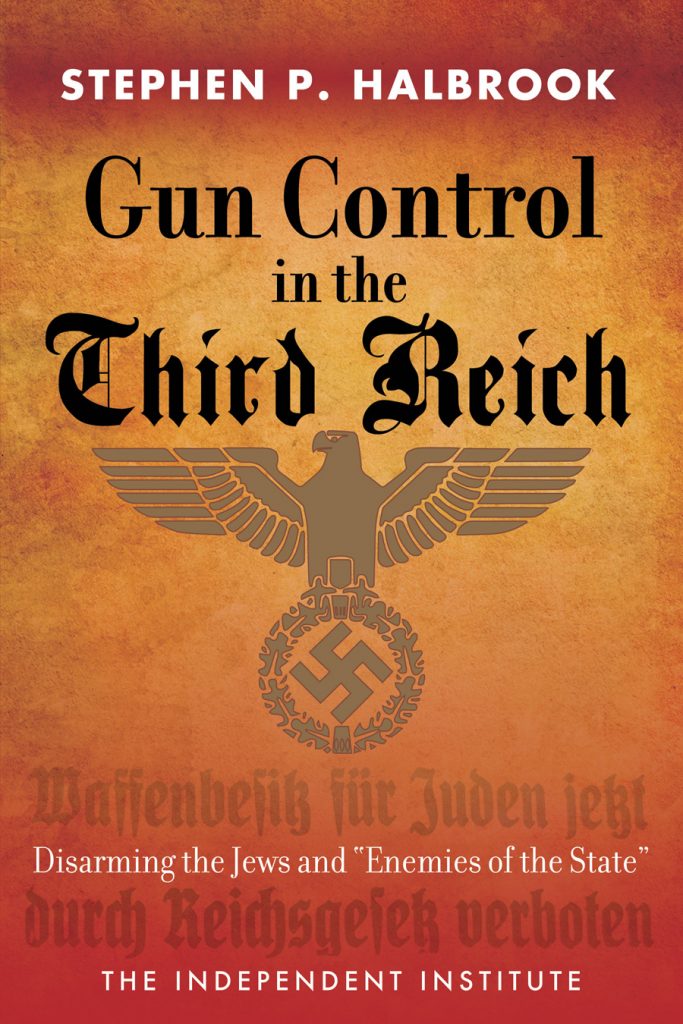 UPDATE: Joel Pollak writing at Breitbart called Dr. Carson’s comments a matter of historical fact. He also discussed a shooting class he took sponsored by Jews That Shoot. On the Polite Society Podcast, we have interviewed its founder Doris Montrose about that organization a number of times. She has consistently made the point that Jews should not be complacent and that they should have firearms to prevent a future holocaust.

Dave Kopel discussed the Warsaw Uprising in an article published yesterday in the Washington Post. It was in the context of a forthcoming book, “The Morality of Self-Defense and Military Action: The Judeo-Christian Tradition”, that will be published in 2016.

Another eyewitness described the confusion in the German ranks: “There runs a German soldier shrieking like an insane one, the helmet on his head on fire. Another one shouts madly ‘Juden…Waffen…Juden… Waffen!’” [“Jews…weapons!”]

I think that answers the question of what might have happened if the Jewish population of Germany and the rest of Eastern Europe had not been disarmed.