There seems to be a strong correlation between what comes out of the mouths of anti-gun rights politicians and rising NICS checks. Both President Obama and semi-presumptive Democratic presidential nominee Hillary Clinton have recently said they admire the Australian model. Translated this means the confiscation and destruction of those firearms they don’t like which is the majority of firearms out there.

The National Shooting Sports Foundation reported their adjusted NICS checks for September yesterday along with the third quarter 2015 statistics. Suffice it to say, they hit records for the highest month and highest quarters on record.

You can see this graphically below: 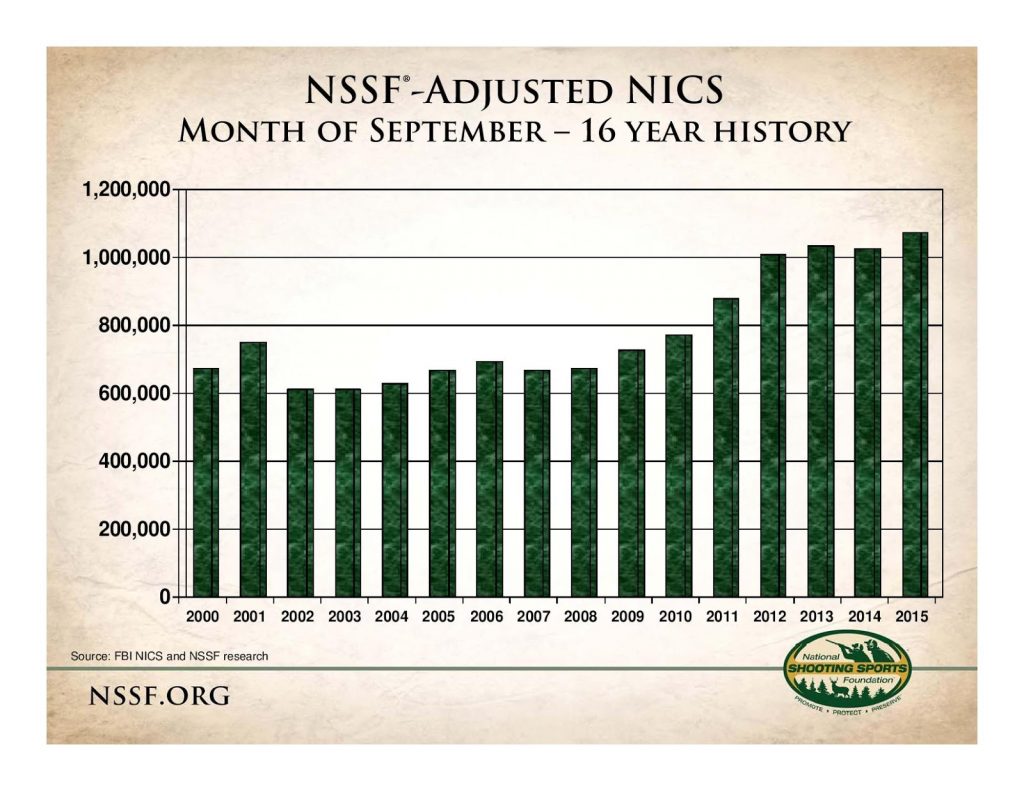 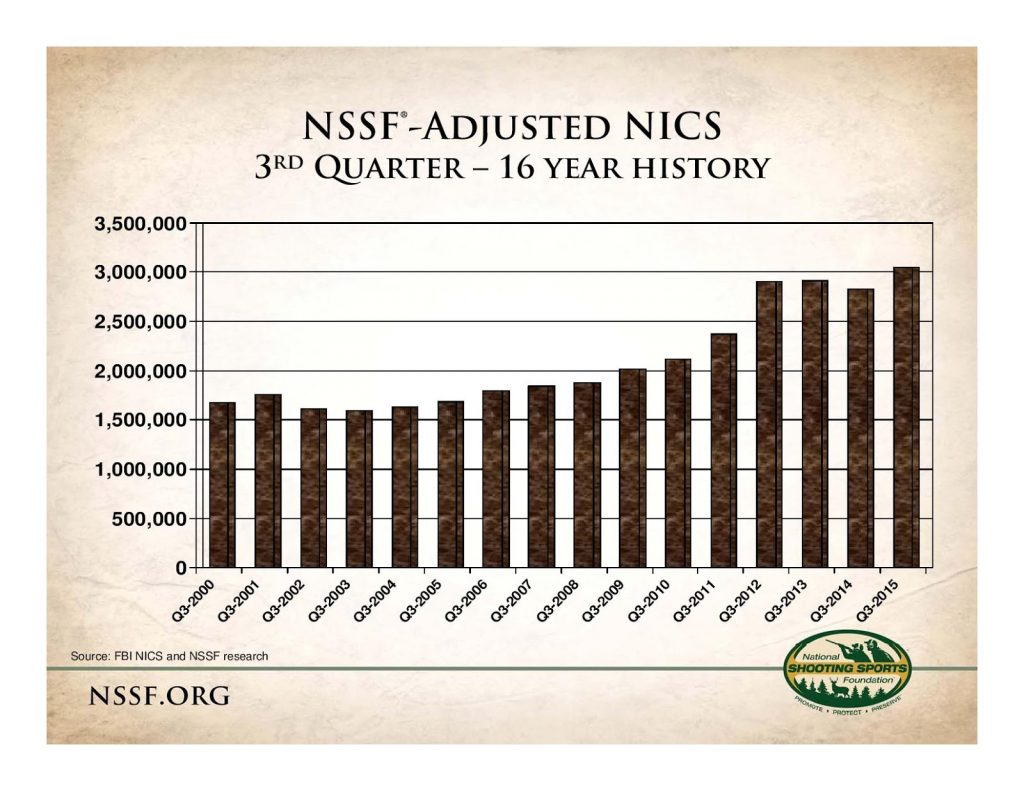 What impresses me about these statistics is that they have surpassed similar periods in 2013 which was the immediate post-Newtown surge. Beyond the political rhetoric I’m not exactly sure what is responsible for this growth. The attendance at the local gun show this past weekend did not seem extraordinary and the number of AR15s for sale seemed to be down. However, on a personal note, I did get a message from one of the Complementary Spouse’s cousins asking for help in purchasing a firearm. He noted that he’d never owned a firearm but felt he should be armed.

As always, these NSSF-adjusted NICS checks do not have a direct correlation with sales. Several states use the NICS system for the issuance and continued inspection of concealed firearm permits. Moreover, the CCW permits from many states can be used as a substitute for a NICS check. This said, the adjusted NICS checks do show sales trends and they seem to be trending up again.