If you noticed that my blogging tailed off around midweek, it was because I was in Texas for my cousin Bill’s funeral. I flew down Wednesday evening and returned Friday night.

It was both a sad and joyous occasion. Sad because his wife Annie lost the love of her life. Sad because Bill was killed by a reckless driver who crossed the center line and hit him head-on. Sad because so many of us lost a friend.

It was joyous because everyone had a story or two to tell about Billy. These stories usually revolved around fishing because Billy was the consummate avid fisherman. Whether it was going on the “trip of a lifetime” to catch big yellow fin tuna which he ended up repeating a number of times or using somewhat controversial methods to catch a big rainbow trout at Yellowstone’s Fishing Bridge, they all epitomized Bill. When he went on his “trip of a lifetime”, he thought nothing of fishing 20 hours out of 24 when they were on the fish. 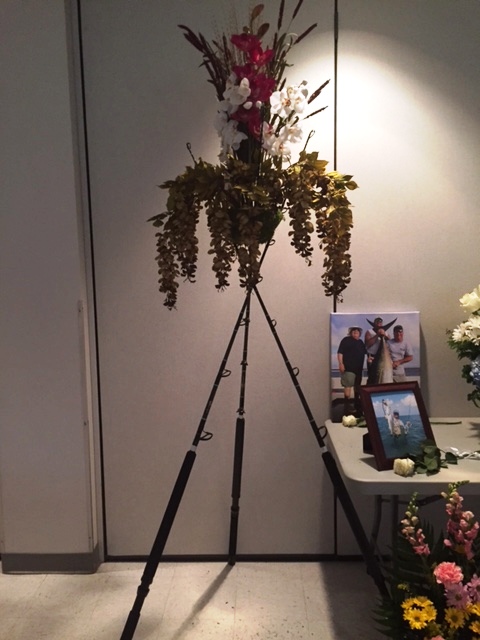 The wreath above was from his fishing friend Todd. I thought it was the perfect touch for the reception after the funeral where we all gathered to share a meal and tell Billy stories.

Bill had managed the food service operations for Aramark at the huge Dow Chemical plant in Freeport, Texas for many years. How Aramark handled things the day of his funeral says a lot about them as a company and the respect that Bill’s co-workers had for him. Aramark closed the food service operations on Thursday and gave all the employees the day off with pay so that they could attend the funeral. From the looks of it, virtually all attended the funeral.

The thing that stands out in my mind about Texas and Texans is how generous they are in times of crisis. Neighbors and friends were constantly bringing in food. Mike, their next door neighbor, was a retired Houston fireman and he cleaned the belongings out of Bill’s truck so as to spare Annie even more pain and grief. His fishing buddy Todd and his wife Lisa were there from day one of the tragedy. The list goes on and on.

Texas, in addition to great people, is blessed with some really good liquor stores. On my way to the airport I stopped at the Spec’s in Pearland to see what they might have in the way of Texas offerings. The Spec’s salesperson first asked my price range and then recommended the Rio Brazos Boxcar Texas Whiskey. Rio Brazos is a craft distillery located in College Station. It will be interesting to try given that the whiskey has a final filtering through coarse pecan wood. 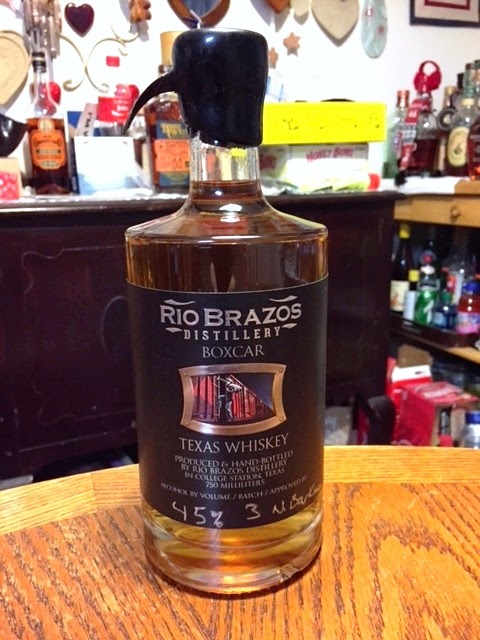 Finally, I need to say something about Southwest Air. I like the fact that they don’t charge for checking bags and I like their boarding system. Very few people try to cram everything they’ve brought into the overhead bins. As a result, boarding by number instead of assigned seat is quick and efficient.

2 thoughts on “On Texas, Whiskey, And Other Stuff”