It has been almost a year since the riots in Baltimore ostensibly over the death of Freddie Gray in police custody. I am currently in Baltimore for a company meeting. If you look at the picture below, you will see rioters kicking and stomping on police cars. The location is on South Eutaw Street between the Hilton Baltimore and the Baltimore Convention Center.

I am staying in this Hilton and stayed in it last year a mere month before the riots began. Below is a picture of this same street today. I haven’t talked to any of the hotel staff to see if the hotel was damaged in the rampage. 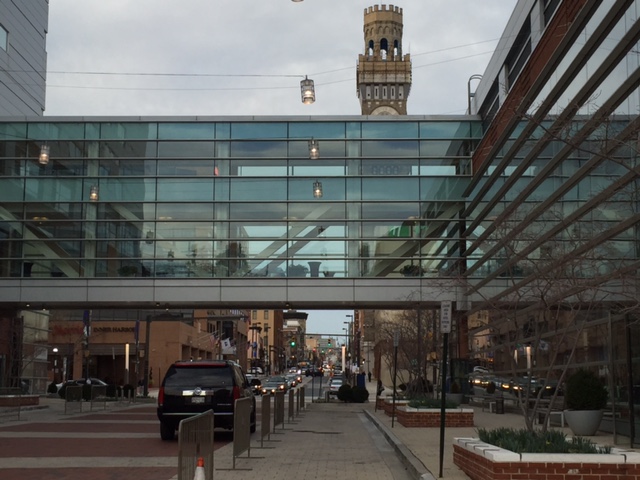 It feels kind of weird when you blow in for a meeting and blow out the next afternoon when you know that it was the site of a riot. As far as I know, none of the trials of the Baltimore police officers indicted for the death of Freddie Gray are taking place this week.

One thought on “Before And After”