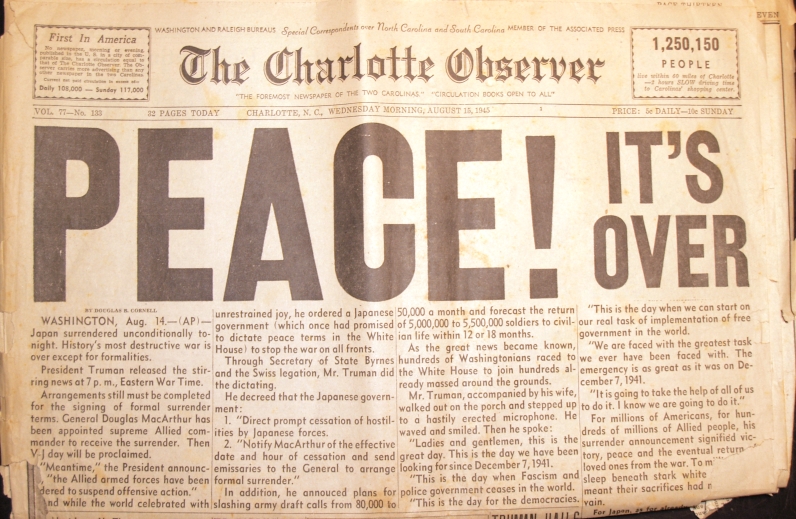 Today is the 71st anniversary of the signing of formal surrender by the Empire of Japan aboard the USS Missouri. It is the official VJ Day while August 15th, the day the Japanese surrendered, is the unofficial V-J Day.

I pulled out my Dad’s WD AGO Form 53 (pre-DOD DD-214). He was inducted into the Army on December 11, 1940 at Ft. Bragg, North Carolina and discharged at Camp Blanding, Florida on September 27, 1945. He had served 5 years, 9 months, and 17 days. He had been at the Overseas Replacement Depot in Miami waiting to reassigned to the Pacific Theater when Hiroshima and Nagasaki were bombed. His overseas time was served with the Caribbean Defense Command in places like Surinam and Curacao building air fields.