I received a text message a few minutes ago from the Brady Campaign. It asked me to call the Manchester, NH office of Sen. Kelly Ayotte (R-NH). Gun prohibitionists (or anti-gun exhibitionists) have taken it upon themselves to hold a sit-in at Ayotte’s office “to demand action”. 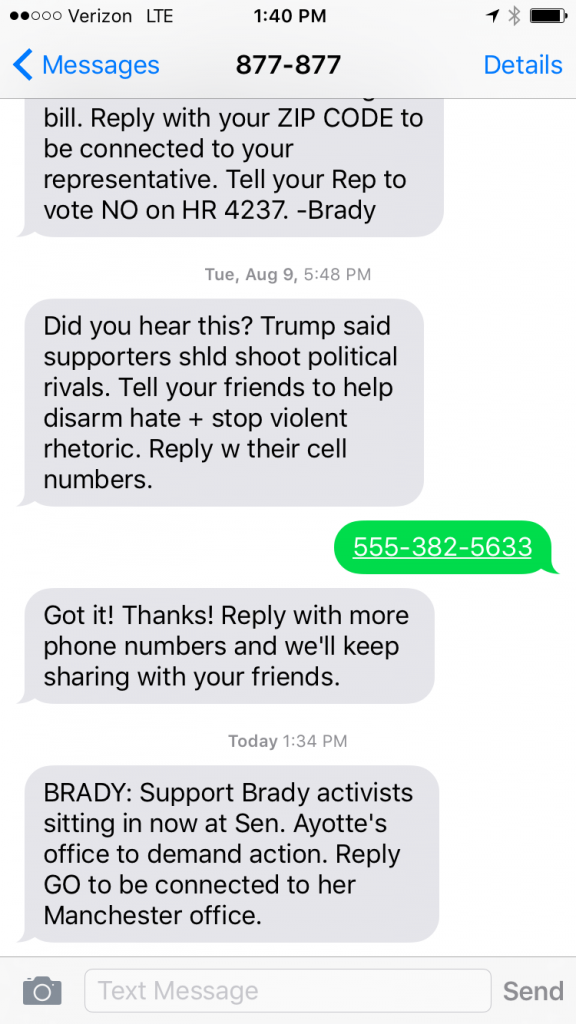 Ayotte is far from perfect when it comes to gun rights. While she did vote against universal background checks (Manchin-Toomey I and II), she is part of a bi-partisan group pushing a bill before the Senate that would add those in the Terrorist Screening Data to the NICS denied list “with due process”.

This said, Ayotte is certainly better for gun rights than her opponent Gov. Maggie Hassan (D-NH). Hassan vetoed constitutional carry, voted against the Castle Doctrine as a state senator, has dodged questions on whether she supports a new AWB, and is being supported by anti-gun demagogue Sen. Chris Murphy (D-CT) and his PAC.

By the way, the number I texted back to the Brady Campaign earlier this month is not a real phone number and actually conveys a vulgar message. I’ll let you figure it out.