The National Shooting Sports Foundation adjusted figure for June 2017 shows a 10.9% decline from the same month in 2016.

You can see that graphically below: 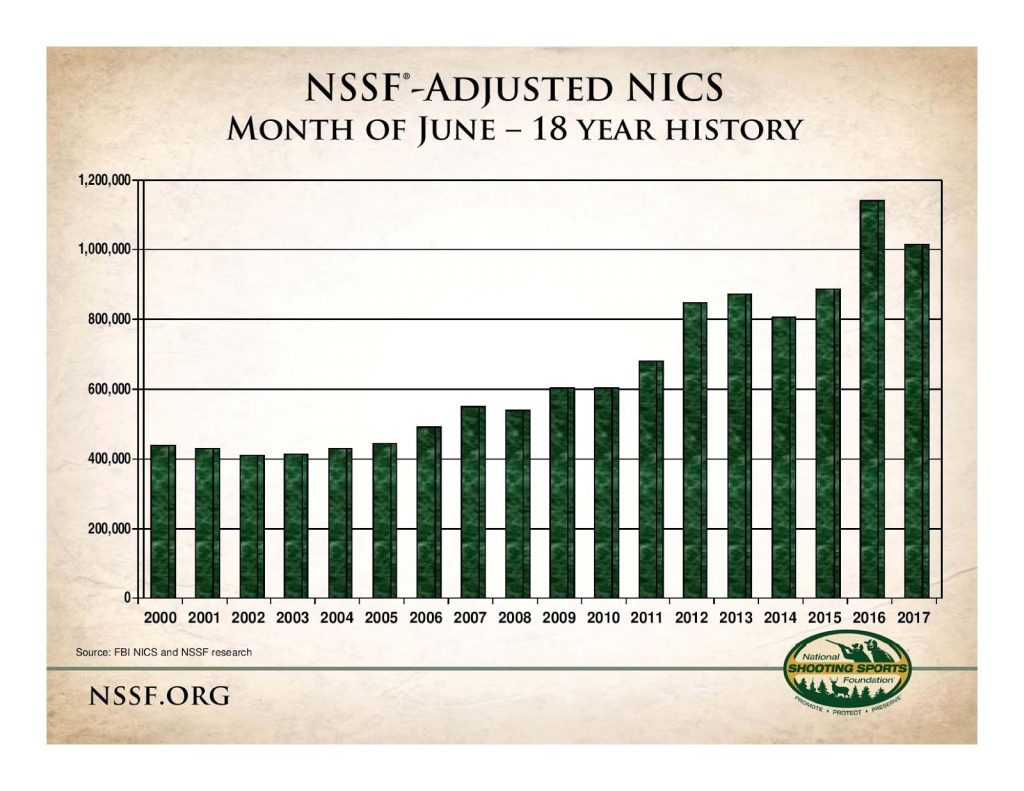 However, if you study that graphic and read the numbers you should realize that the sky isn’t falling. It is the second highest June on record and the NSSF-adjusted NICS number is still over 1 million checks. Gun sales are probably down from last summer when it appeared that anti-gun Hillary Clinton was going to ride into office after defeating what the media and the experts considered a weak and absurd Republican nominee. Of course we know now that she was the weak candidate and that Donald Trump wasn’t that weak of a candidate.

As with all reports of NICS figures it should be remembered that they do not have a perfect correlation with firearm sales. In many states a carry permit substitutes for a NICS check. Moreover, the NICS check system is also used by many states for permit background checks and rechecks. The NSSF allows for these checks and rechecks when making their adjustments to the reported monthly NICS figures.

One thought on “NICS Checks Down For June”